The first reaction from ‘After The Fall, Before The Fall, During The Fall’ by Nancy Kress is that it isn’t typical of her work. As the title suggests, it’s set in three different time periods but what isn’t said is that it jumps between them with little explanation of the connection. That you have to get from the end of the book with an unlikely fudge. After all, if time travel was possible, why wasn’t some effort made to prevent the catastrophe. In 2013, there is an alien invasion. In 2014, there is a spore growing in the ground that is having problems populating the Earth. In 2035, there are 6 teenagers housed in enclosed environmental chambers by these mysterious aliens, the Tesslies, affected by radiation and only a couple of them fertile enough to have children. Most of the story is focused on them and even they don’t really know what is going on so you have to put things together yourself and hope the information is revealed as you read. As it’s a short book, this should be easy? Er…half-way through, I’m still wondering what Kress’ point is. At the end, there is some sense but it’s awfully disjointed because it pulls in different directions and no sense of mystery imparted to the characters as to just what is going on other than survival.

There are some contradictions. Considering Pete’s reading level, he seems to have an adult word level which he couldn’t have learnt from the other five considering they have access to the same books. I think Kress is trying a different spin on a plot formula but it the reader is never even one step behind the characters as to working out what is going on. It makes the story less challenging than it should be. Although I laud her need to experiment, I don’t think this is her best work. 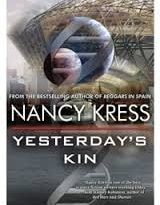 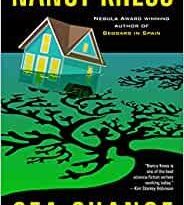 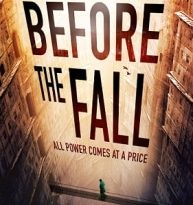