Rojan Dizon has created chaos in Mahala by bringing about an end to the glow factories that supplied all the city’s power. Now the streets are filled with riots and Rojan needs to find a new power source before his brother loses the tenuous control he has over the leaders. As if that wasn’t enough, Mahala’s neighbours are threatening war from both sides and somebody on the inside seems to be lending them a helping hand. When boys start turning up with slit throats, it is once again down to Rojan and his pain mage skills to find the killer and save Mahala from bloody rebellion and all-out war. ‘Before The Fall’ is the second of Francis Knight’s books featuring Rojan Dizon and it picks up just a short time after the events of book one, ‘Fade To Black’. It gives us glimpses into areas of Mahala we haven’t seen before, including the upper reaches of the city where the most wealthy live, which is brilliant as the setting is one of the real strong points of the series.

The plot in ‘Before The Fall’ is mainly a murder mystery with lots of different parties that might be involved in events keeping you guessing until quite late in the book. I found it less predictable than ‘Fade To Black’ and there were some very convincing red herrings that I enjoyed. There wasn’t a lot of engagement with the victims so it was quite hard to care about the murders and I think this aspect of it could have been better.

Rojan, Jake and Pasha return from the previous book but I didn’t really feel that there was a lot of development of their characters, which is a shame. I was hoping to learn much more about them but I still find I don’t have much of an attachment to any of them. However, I did like the new priest, Father Guinto, that features in this story. He brings to mind those images of the smiling Buddha, perpetually cheerful and calm yet with a deceptively large amount of power over people.

All in all, it’s a fairly light read, enjoyable but lacking something to make it really stand out. The magic system is innovative and the setting is really interesting but the characters are a bit light on depth. However, I’ve enjoyed reading these first two books and look forward to seeing where the next book takes us. 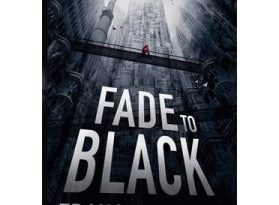 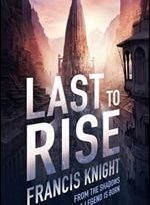 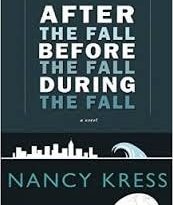