Note for those who have only watched ‘The Expanse’, there are significant sub-plot changes between the TV series and the novel.

The alien protomolecule has risen from Venus like ‘some titanic sea creature’ and travelled to the outer planets’ zone to form a Ring a thousand kilometres wide. A flotilla of science and military ships from the rivals United Nations (Earth) and Mars watch and guard it from interference by anyone. It remains inert, until a hobbyist slingshotter throws his little ship through the middle and does not come out of the other side. There is some serious new science in there and everyone wants a piece of it but without endangering humanity like it did in the first two novels of the series. 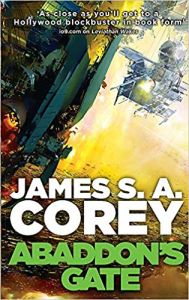 ‘Abaddon’s Gate’ is told from the viewpoint of four people.

The first is James Holden who, in the previously novels, played an instrumental part in saving humanity from the infectious protomolecule on Eros, Ganymede and Io. He is still captain of the Rocinantea ‘salvaged’ Martian corvette who, along with his crew of Naomi, Amos and Alex, take on freelance jobs for the Roci.

Ever since the protomolecule rose from the planet, Holden receives visits from a talking image of Miller. The dead man does not make any sense until he says, ‘Fuck. It happened,’ at the moment the slingshotter enters the Ring. Holden desperately wanting to escape the protomolecule and Miller arranges to carry important cargo to Titania, a moon of Uranus that happens to be the opposite side of the Solar System to the Ring. They are stopped from leaving Ceres by a writ served by Mars reclaiming the Roci.

Rescue comes in the form of a journalist team, led my Monica Stuart, who can invoke the Freedom of Journalism Act to get the Roci, released to fly to the Ring. It is the only ship that comes with the survivors of protomolecule’s attack on Eros, which makes them good interview material. They need to get there before the additional flotillas from Earth, Mars and the Outer Planets’ Alliance do.

The second point of view character is Earth-born Carlos c de Baca, Bull to his friends. Fred Johnson, head of OPA and his ex-superior officer in the Marines, orders him to be the security chief on board the Behemotha generation ship turned into a military vessel. It is ordered to go to the Ring to show OPA presence alongside the UN and Mars, and Bull, on Fred’s private orders, has to make sure the Belters Captain Ashford and his XO Michio Pa make it work without starting a war. On the way there, Bull has to sort out a drugs problem on board, one he is sure the Captain cannot handle. Of course, they end up being wary and suspicious of each other.

Clarissa Mao wants revenge on Holden for imprisoning her father who was illegally weaponising the protomolecule. It is not sufficient to kill him, she wants to disgrace him in the eyes of the Solar System and kill all those he cares for before he dies. She has come up with an elaborate plan that requires her to be Melba Koh, the tech chief of four electrochemical technicians on a support ship with the convoy from Earth to the Ring.

Once all the ships have gathered at the Ring, she blows up the destroyer Seung Un, having smuggled the bomb on board while doing some maintenance and sends a message to start up a transmission from the Roci that had been planted by one of Monica’s team. The message is from an artificial Holden saying he destroyed the ship and his organisation has planted bombs on all the other ships. He claims the Ring on behalf of the OPA and the ships should keep away from it unless they want to suffer Seung Un’s fate.

Bull realises the UN and Mars will turn on the Behemoth unless and he does something drastic. He rushes to the bridge and persuades the Captain to fire a torpedo at the Roci to show them Holden has gone rogue on OPA and they are in no way associated with such an outrageous demand.

Holden is forced to shut down Roci’s comms to kill the repeating message from artificial Holden. It also stops him from telling the other ships he is innocent. He makes a run to escape the torpedo and is forced to enter the Ring, but not before Miller warns he has to slow down to below the speed that the slingshotter hit the Ring. It captures the torpedo and sends it to a parking orbit elsewhere, but allows the Rocito go on its way at its slow speed zone.

Now that Holden has shown them how to enter the ring safely, Captain Ashford decides to take OPA’s Behemoth into the Ring to arrest him.

Up to now, our final viewpoint character, Anna, a Methodist preacher, has been gradually getting respect and kudos on the UN ships. She is persuaded to use her influence to get the UN ships to follow the Behemoth, which will mean the Martian ships will go with them. Anna’s reason? To stop the tensions between the UN and Martian ships building so much that a shooting match becomes inevitable and we have only reached Chapter 18 of 53 chapters.

The plot of this space opera novel is shape-shiftingly fast, a gamers’ paradise. This comes with a price, a lack of significant in-depth character development or debate about issues of concern to humanity. Nor is this a literary novel in the traditional sense of literary. Yes, it’s fun and it has some sense of being realistic in that its technology apart from the protomolecule’s antics is feasibly realisable but it could have done with another go-through of editing. There were quite a few jarring aspects. Let me give you a few examples.

I started having my suspicions in Chapter 1. On page 16 of my edition we have, ‘When it (the protomolecule) rose, hauling… and flying out past the orbit of Neptune…’ whereas on page 20 it states, ‘The gigantic alien structure that had left Venus and travelled to a point a little less than 2 AU outside Uranus’ orbit, then stopped and assembled itself.’ Here AU is standard notation for Astronomical Unit. Neptune’s orbit ranges between 29.8 and 30.3 AU, whereas Uranus’ orbit ranges between 18.3 and 20.1 AU. Yes, this can be considered a typo that should have been edited out, but it put me on edge for the rest of the novel.

The engineer in me screamed when, during the skirmish, the Rocinante came to within about ten metres of the Martian ship while speeding away from a torpedo. Yes, the novel had the collision warning alarm sounding. What was missing was anti-collision manoeuvres that would have been instigated as an automatic safety response. At the time the novel was written, commercial aircraft had an Airborne Collision Avoidance System (ACAS) that initiates a manoeuvre to reduce the risk of an imminent collision. So why doesn’t the Rocinante?

Anna is dosed with amphetamine to help her recover from an injury. She promptly becomes high on them, which lets her do very much out of character dangerous things. It is suggested by her friend that these are military grade emergency medicines. This is good for the plot, but far from realistic. Even when amphetamines were used in World War II, the military personnel never took big enough doses so they would end up being reckless. So why do it in the purported future?

There are more irritating small issues like that in the novel. In normal circumstances, I would overlook these because no author can cover every such minor point. But there are too many such obtrusive niggles.

Yet this novel dares to dream on such a scale alongside reality that its imagination is a tour de force. To mangle a quote from Chapter 32, this audaciousness is exactly what the Science Fiction readership has lost somewhere in last three decades. 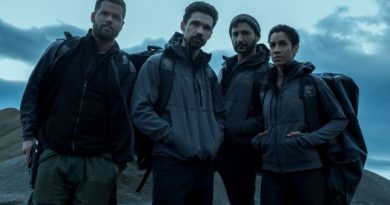 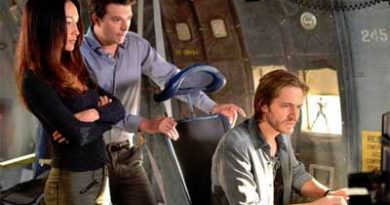