Blimey, 40 years since I first saw the original edition of ‘Close Encounters Of The Third Kind’, forever referred to as CE3K. I even saw it on the Columbia prismatic screen in London a couple years later, the way they wanted to show it at the time to give it a slightly more three-dimensional screen. Back in the day, there weren’t many SF films around. It was only a year after that other film, Star something or other, that moved Science Fiction films away from B-budgets forever. Well, mostly. There were still some straddlers cashing in on the new trend. Who knew that it would last forever? Even so, unlike ‘Star Wars’, which was really space fantasy, director Steven Spielberg wanted to hit on his boyhood first encounter with lights in the sky and what would really happen with a first official extra-terrestrial contact. The agendas of the aliens and the humans not really tallying. In many respects, I suspect the same would be true today. On the main blu-ray disk, there are three choices of which version to watch, so look at the special features before making your decision. Unlike his colleague, George Lucas, Steven Spielberg has at least allowed you to choose the version. For those not in the know, there’s the original 1977 cut, the special edition which added a look inside the mothership and the director’s cut. For time constraint, I’m watched the third version, mostly because this is the one Spielberg discusses in the extras disk and his preferred one before watching the first. Spielberg tends to think the special edition was a mistake and far better to let the viewer’s imagination fill in the gaps.

Does anyone here not know or seen this most famous first contact film or seen one of the versions, well except for the research group in 1977. Can’t count the people already abducted previously. I should point out that when different scenes appear on the screen, you get a top note with some details as well as a green signal on the left side of the screen. Although the message isn’t shown until the end, to deactivate the ‘A View From Above’ before turning on the film of your choice. I suspect it might have been a flaw in the advance disk because the original didn’t show it.

‘Close Encounters Of The Thid Kind’ should be considered as the first non-aggressive visitation of extra-terrestrials to our planet for an exchange of ‘guests’ or the ‘chosen’, although this doesn’t go to plan. See my article on the subject this month for a very detailed analysis where one needs modern day sensibilities. There is still some euphoria watching this encounter at the end of the film showing how Spielberg knew want chords to pull that such a meeting would go should it happen.

These extra-terrestrials fly around the world selecting various people to instil a message as a picture in their heads so they can make their way to a destination point. In the meantime, a discrete message is sent to the officials for a formal introduction. Unfortunately, with military involvement, the chosen are held back and only a couple of them finally get through and only one goes on-board.

CE3K has never been bettered and unlikely to be re-made and I’d be surprised if only the younger generations don’t have at least one version in their collections. However, as this is the 40th anniversary, the main focus here is the massive number of extras on the second blu-ray disk and being given it in plenty of time to wallow in the material than rush through in a couple days. 22 minutes of ‘Three Kinds Of Close Encounters’ has not only Steven Spielberg but modern directors JJ Abrams and Danis Villeneuve voicing their influences. It’s interesting that Spielberg didn’t perceive CD3K as a SF film.

‘Steven’s Home Videos & Outtakes’ at 5 minutes is short and probably the nearest equivalent of seeing behind the scenes that we take for granted today. It gives some amazing insights as a time capsule.

‘Steven Spielberg’s 30 Years Of Close Encounters’ in 21 minutes has the director explaining how he was working on the film before ‘Jaws’. Spielberg draws the same scepticism I have now that with the rise of digital cameras we don’t have as many photos of UFOs any more. All hail Joe Alves. The Special Edition was largely because Columbia needed an earlier edition to bring money back to the company. The Ultimate version exercises the interior of the mothership because it shows too much. Of all the extras so far, this one hails from 2007.

‘Close Encounters Of The Third Kind – Making Of Documentary’ at 1 hour 41 minutes is the longest item and originally recorded in 1997. I never realised that Steve McQueen was in the running for the lead until he refused to cry on camera. There were several other now very famous actors before Richard Drefuss got the main role. Colin Cantwell did an early CGI test for three of the smaller UFOs. Oh, I hope there’s some footage of Close Encounters Of The Orang Kind out there. The discussion about the mothership coming up from behind Devil’s Mountain does raise the question of where was it coming from. I’ve always assumed it had come in low from way back behind the mountain and then rose up to go over the top. That would have really surprised the military.

There is about 18½ minutes of 9 deleted scenes. When you consider how much footage that wasn’t used in the film, you would think there was more they could show. Even in ‘The Making Of-‘, Spielberg recalls he needed to add six extra scenes. One thing I did ponder on was none of these were the extra scenes in the novelisation which must surely have been based on early draft of the screenplay. More so as Neary jockeyed the skyscraper lights to come on with the words ‘UFO’ in the novelisation. You can tell how good my 40 year old memory is.

‘Storyboard Comparison’ is exactly that with five scenes matched to a smaller insert from the film spread over 22 minutes. The odd thing is that all are in order from the film so why put Neary’s first encounter at the end? Spielberg stays pretty close to these storyboards with only the opening of the Summit being trimmed.

The Photo Gallery is divided into six sections. Once your section is selected, just hit the ‘Enter’ button on your Blu-ray remote. The storyboards show illustrate the cube proposal. There was also an indication that the other volunteers were taken as well. The Locating Scouting Pictures did make me think that the co-ordinates given in the film might actually have belonged to one of these. The Mothership Drawings By Ralph McQuarrie show a few pencil sketches before a few paintings. There aren’t many ‘Behind The Scenes’ but, then again, who knew they would be needed in our century? Probably the most significant thing is the cinema posters in development. Now this is something that really deserved to have some sort of audio commentary.

The 6 minute trailer look like it was designed to explain to an American audience just what the film is about. The Special Edition trailer in comparison is only 2 minutes long.

Am I gushing too much? Like a lot of the films from that period, CE3K made an indelible impression on the minds of SF fans. If there was an official meeting, this is the way you would expect it to happen. About the only thing missing with the advance copy is the book that will come with the final release so you’ll have to look at that one for yourself. Play the five tones. 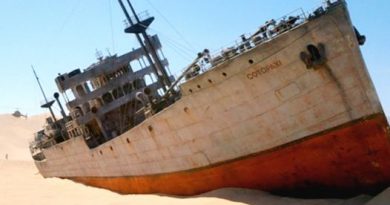 Close Encounters Of The Third Kind: what was it about: an examination by GF Willmetts.

Close Encounters Of The Third Kind: what was it about: an examination by GF Willmetts.