Zombies! Surrounding us! With the success of ‘The Walking Dead’ comic and TV series, the grateful undead have shuffled back into fashion and what better way to celebrate this than with this massive collection?

Featuring a horde of zombie tales spread across over 800 pages, if you can’t find something to titillate or terrify you in this book, then you should if you’re actually a horror fan at all.

With 60 stories covering the same theme, it can be difficult to know where to start. At the risk of sounding obvious, the beginning is your best bet. The collection starts with the first recognised zombie tale, ‘Dead Men Working In The Cane Fields’ written in 1929 by W.B. Seabrook, although book editor Otto Penzler does acknowledge the fact that this wasn’t the first time undead characters were committed to paper rather that it was the first use of the word ‘zombie’ in mainstream fiction. There is a wide mix of stories in this collection, from the aforementioned ‘Dead Men Working In The Cane Fields’ which deals with the Haitian origin of Zombies to ‘Pigeons From Hell’ by Robert E. Howard that is possible more vengeance-fuelled and sadistic than a story with such a comedy name should be.

What horror collection would be complete without an entry by Poe. His tale, ‘The Facts In The Case Of M. Valdemar’, shows exactly why he is the measuring stick for all other horror short story writers.

Lovecraft gets three outings in the compendium, ‘The Outsider’, ‘Herbert West – Reanimator’ and ‘Pickman’s Model’, so if you’re a fan of his work, you won’t be disappointed.

One of my favourite authors, Richard Matheson, also has a short story in this collection. ‘Where There’s A Will’, which he wrote with his son, Christian, is certainly not for claustrophobic readers as the narrator attempts to escape from a casket. I defy you not to squirm in your seat while reading this.

There is a rare misfire from Stephen King with ‘Home Delivery’ which centres around a woman discovering her independence as the world around her burns. It just pales in comparison to some of the other tales.

Make no mistake, this collection is huge and it should satisfy every zombie urge you may have, except that one, sicko. It may seem as overwhelming as a mass of walkers at first but if you keep calm, pick them off one-by-one, you’ll survive to the very end. A perfect Halloween purchase. 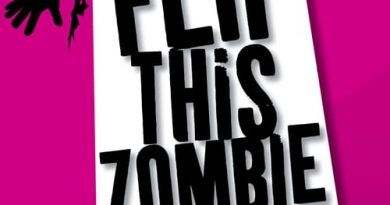 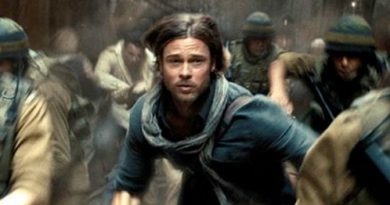