Mayot Mencada has stolen ‘The Book Of Lost Souls’ and this act has caused ripples across the world. The book has the power to restore the dead to a semblance of life and Mencada is using it to raise an army of the most fearsome creatures that ever existed. Shroud, Lord of the Dead, wants his book back, but the goddess Spider has sent one of her most trusted acolytes to try and obtain it first. Parolla wants a showdown with Shroud and thinks the book will lead her to him. Ebon wants to save his city and his people and Luker just wants to find out what happened to his former master who set out after Mencada some weeks ago. All are drawn towards the web of magic and the growing army of undead that Mencada has let loose upon the land, but it remains to be seen whether any one of them is strong enough to stop him before all hell literally breaks loose… I’ve read ‘The Chronicles Of The Exile’ in an unconventional order, having read book two ‘Dragon Hunters’ before ‘When The Heavens Fall’, although I have been assured that they stand alone as separate stories. It’s true, they do stand pretty well alone and I found a big difference in the reading experience for the two books. While ‘Dragon Hunters’ had me captivated and entertained, I have to admit that I struggled with ‘When The Heavens Fall’.

There’s a lot going on in this book and, for me at least, it was just a bit too much to keep up with. With so many strands of plot, none of which really seemed to relate to each other in any way, it was difficult to figure out what was going on at the same time or how the story was going to join up. Even after finishing the book, I’m still not sure how they all fit together or, perhaps more importantly, why they are all told together. In some ways it feels like a collection of short stories that just happen to take place around the same event, with different perspectives, different characters and very little overlap. At the end, the characters do all physically come together, but the stories never properly join up.

The other thing I struggled with was the pacing of events. Jumping between so many different perspectives can really slow a plot down and in I felt very little purpose or urgency to any of the events. Things just happened with not a lot in the way of variety of tempo even when you were jumping into what should have been fairly battle scenes. It just came across as a bit flat, even though some of the ideas in here were fascinating and could have been developed more fully and with more excitement for the reader.

Having said this, the world-building was very good, with a whole range of deities, dimensions, political factions, races and historical events bound together very neatly. It’s a world that has great potential for more stories and, indeed, which provided the much more enjoyable ‘’Dragon Hunters’ with its backdrop. I’d like to hear more detail about some of the dead races that are resurrected in this story and visit some of the characters from ‘When The Heavens Fall’ for longer periods of time. The characters were all quite interesting in their own way but the way the stories were split up meant that it was difficult to get to know them and relate to them in anything other than a superficial way. This is one of the things that usually contributes to books that I don’t get on with, because if I can’t find a way to engage with the characters then it’s difficult to care about what happens to them.

Ultimately, I found this book to be quite a disappointment, but as a starting point it provides a solid background for the rest of the trilogy which does get better in book two and has a few really interesting ideas that could lead to some fantastic stories. Perhaps a bit of a slow start but plenty of potential and I think it’s a series and an author worth sticking with to see how things develop. 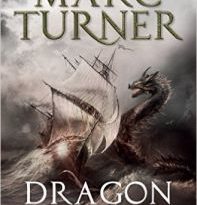