It’s another viral for the return of Fringe to the TV screens of America. And maybe Europe. Those invading time-travelling nasties from the future really don’t want you getting about. Fringe will be back with you by the end of this month. Unless you live in Parallel 67890, in which case you’re still living under the yoke of the Roman Empire and only full citizens are allowed TV sets. Tough luck, guys. 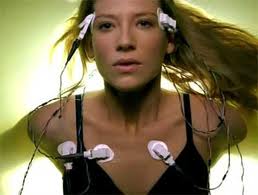 Get some Fringe down you.

On the Fringe of greatness!