I haven’t read Stephen King’s novel of ‘Under The Dome’ so can’t make any comparisons between it and the TV series which has just started to be shown in the UK this August. However, considering both King and Steven Spielberg are co-producers, they will be keeping the essence of whatever he conceived.

Having a town split from the rest of the world with an energy dome isn’t new. John Wyndham did this in 1957 with ‘The Midwich Cuckoos’. Although none of the women have collapsed and turned pregnant yet, a few individuals have collapsed when they’ve been too close to some areas of this energy dome. It was also done to Washington by Count Luchino Nefaria in The Uncanny X-Men # 22-23 back in 1966. No reports of any mutants breaking in to collect a ransom yet. Unlike the original ‘Twilight Zone’, it isn’t a good life and the town whisked off elsewhere neither.

Other than that, we have a typical Stephen King town, full of people who are corrupted, murderers or hiding some guilty secret which is sure to get out in the course of the episodes because you have a literal bottle show. Saying ‘full of people’ isn’t quite true. A lot of them were out of town at various other places so they are short of a fire brigade and most of the police force and got assorted people passing through. About the only thing missing are a few geeks but maybe they wised up and left early. No doubt their lives will be fulfilled or killed off during the course of the series. I suspect no actor or actress can consider a long term contract. Whether anyone knows what is really going on is the whole point of the story. I do wonder if journalist Julia Shumway is named after a certain Gordon Shumway aka A.L.F.. It does make me wonder what would have happened had there been no energy dome, let alone if Americans themselves think this is a typical American town.

Looking objectively at the energy dome itself. From the first episode, it has a definable height and encasement as witnessed by the light aircraft crashing into it. Although invisible, it prohibits the passage of sound but allows visible light through. Quite why no one has thought to set up a placard chat will no doubt be developed later. Anyone touching the dome risks losing skin. Collision will surely kill you.

Although this is the first night, one would have thought these people should be considering whether the dome lets air in because if it doesn’t, none of them are going to last that long. With the Americans having their own ideas on private sanitation, I suspect that might last a little longer than the UK would under similar circumstances. Certainly, other utilities like water, electricity and gas are also likely to be limited as well food. The power source might change when a certain cache of fuel is discovered.

From the outside, the military and scientists have arrived to examine the energy dome but don’t really seem to be doing much but twiddle their thumbs. You would have thought that at the least, they would be attempting to dig a hole and see how far into the ground the energy dome extends and see if it isn’t a dome but a sphere. They should certainly be looking around the world in case there is more than one of these happening although we haven’t really seen what they are up to yet.

If you want to be a bit more technical, as it’s an energy field, then an attempt to earth it would also be on my list to attempt. It might not dissipate it but if it can stretch the field then it might be possible to place some measuring instruments into it to record its electrical charge, resonances and other such data or even get people in and out. 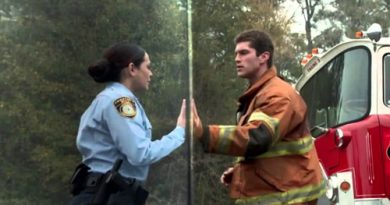 Under The Dome… hello dome heads. 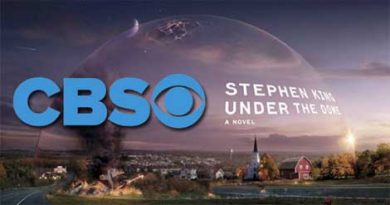 Under The Dome… you’re all domed!

Under The Dome… hello dome heads.

Under The Dome… you’re all domed!