I thought with a title like ‘The Hidden Science Of Lost Civilisations’ that David Wilcock’s was going to be looking at ancient civilisations and what science they had discovered. In fact, it isn’t until chapter three that there is a mention of the Egyptians and then only briefly although from chapter six onwards, there is far more discussion about pyramid power. Wilcock hits on ground I hit on years ago like Lyll Watson’s ‘Supernature’ book that I read when it first came out and hadn’t quite got my grounding in all the sciences. However, I do remember reading and again verified on the Net that there was no evidence that it shoving razor blades in a pyramid would sharpen them. The whole point of why pyramids were built in Egypt to preserve their kings for a millennia which is something he neglects. The design is actually very effective because whichever way the desert wind attacks it, it’ll be equally deflected. Considering how much Wilcock goes into their construction, he neglects something that muddied the waters for the believers of the 70s and that is the measurement of pi. Shame really, because if you draw a circle, you don’t necessarily need to know what pi is. Then again, the pyramids, as Wilcock points out, it was more about putting building blocks up.

The book is divided into two sections, space and time, and an examination of the border-line ‘sciences’ that we often encounter in Science Fiction and have since consequently dismissed opting to employ real science which has a better grounding. My bookmarks ended up being a means to check up on the information on the Net given more than to pass comment on. Soon as you add the word ‘criticism’ next to them, the hit rate goes up against their inaccuracy at an alarming rate. Considering that it is very hard to keep anything off the Net, pro and con, you would have thought the crank end might have been better defended than it was there.

He briefly touches on Mayan and other ancient cultures but not enough to warrant the title but at least he spared us from Atlantis. Considering how much of the familiar tropes people who write these books hit on as being unexplained, about the only thing else he doesn’t tackle are those crystal skulls

There are many things that are acceptable science. For instance, I was a bit puzzled where Wilcock is coming from saying the Earth is growing from nothing. After all, the outer crust is floating on an ocean of magma which creeps through it occasionally and there is always a balance of growth and shrinkage. Likewise, pointing out the areas of magnetic flux giving spikes around the Earth isn’t actually nothing new, although it’s far weaker than the poles. The fact that it can affect some people’s timepieces isn’t too extraordinary although it’s a shame that there isn’t an indication whether their watches were clockwork or digital.

The Was staff is just Anubis carrying a depiction of himself and I didn’t see anything to suggest otherwise. Whether the animal on the page 387 was a stegosaurus made me think it was just a young rhino. Often, it’s far too easy to read into something what you want it to be than not.

What’s so unusual about Mars having dust storms? They are quite prevalent on Mars. Just because Wilcox cites NASA doesn’t mean much on its own and any albedo light effects are actually quite normal.

He covers corn circles which we people in the UK know are faked and even been demonstrated by the people who do it as a regular hobby as to just how easy it is for them to create them. Although I can’t vouch for all of them, we just tend to treat them as a quaint custom. I should point out that David Wilcox hails from the USA not the UK. Not that I should hold anything against Americans but if I can so readily dig holes into any of his arguments than I’m afraid his book as a whole tends to end up becoming very questionable. It doesn’t even make even poor Science Fiction. People are far more knowledgeable these days.

If anything, I wish the book was better balanced in looking at the counter-arguments to all such claims because it looks awfully biased otherwise. Scientists, by our very nature, will look at arguments for anything from as many angles as possible. Wilcox only looks at what fits his arguments and will only appease his own readers. 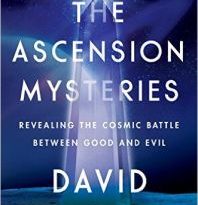