The tale of The Witcher: Blood Origin takes place in the elven Golden Era, 1200 years before the time of Geralt, Yennefer, and Ciri, and follows seven strangers as they band together to combat an invincible empire.

Éile and Fjall must learn to trust one another despite being from rival clans if they are to successfully lead this group of misfits in their mission to overthrow the Continent’s tyrants. But when a power-hungry sage releases a new weapon and portals to other planets are created, the Seven know they must make a monster to combat one.

On December 25th 2022, Netflix will stream the first episode of this four-part prequel series. 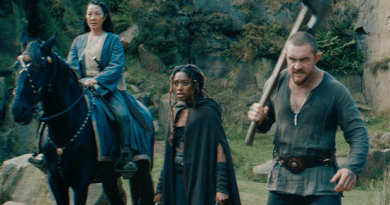