Timothy S. Johnston knows how to write thrillers set in tight spaces, so the setting for his latest novel, ‘The War Beneath’, may seem a little expansive, until you consider just how tight a space the ocean can really be. Despite the fact water covers over seventy percent of our planet, it’s actually a rather closed environment.

Set in a new world beneath our oceans, this story follows reluctant revolutionary, Truman ‘Mac’ McClusky on a quest to prevent war. The book begins with a quick history lesson, detailing the genesis of underwater living and the various cities that now hug the ocean floor.

Basically, as the water level rose, swallowing islands and dissolving continental shorelines, several countries established new cities under the sea. These cities spawned new industries as the sea floor is mined for gas and other necessary commodities. The cities, themselves, are home to a new breed of pioneer. Living there requires extraordinary commitment. Once at that depth, it would take approximately a hundred hours of decompression to return to the surface.

Travel between the cities is limited only by the vast distances of the oceans, but not as safe as easy as you might think. Vessels are also pressurised to a certain depth. Going deeper adds stress to the hull. There are some very deep trenches in the ocean. Very deep. Surfacing isn’t an option neither, because of the decompression issue. See what I mean about tight spaces and we haven’t even talked about the living spaces inside the underwater cities.

Onto the story. Mac retired from the intelligence business several years ago to live a quieter and, what he believes is a more productive life, helping his underwater city, set just off the coast of Florida, thrive. But when his former partner steals a valuable piece of technology, Mac is drawn back into the game of secret politics, only to find out the stakes are much higher than before.

The governing bodies of the underwater cities want independence from the countries above the surface, meaning a war they can’t win. There are only a handful of underwater cities and the submarine naval forces of Earth’s most powerful nations could crush them in minutes. The stolen technology could change the outcome of this war, though, and when Mac learns what it is, he has to decide between two seemingly impossible outcomes.

‘The War Beneath’ is a thrill ride from beginning to end, with several heart-stopping scenes that clearly illustrate the boundaries of underwater living and warfare. The technology is well researched and stretched to the limit as Johnston tests every boundary, throwing Mac into many seemingly possible situations. Sometimes I couldn’t turn the pages fast enough as I waited for Mac and his team to figure out how to live through their next quandary.

The environment is well-described to the point where I nearly had to hold my breath for the entire book, something I find myself doing in underwater scenes in movies. The politics are sharp and twisty. What I really enjoyed about the story, though, was the evolution of Mac, himself.

The plot challenges his past, present and future and he has to decide not only who he is, but who he wants to be. He has to balance his wish for a safe future for his city against the future of all the underwater cities and he has the legacy of his father and his relationship with his sister to consider as well.

All in all, I really enjoyed ‘The War Beneath.’ This novel is everything I’ve come to expect from Timothy S. Johnston and a promising start to a new series and one I look forward to following. 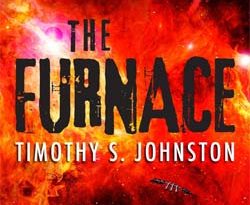 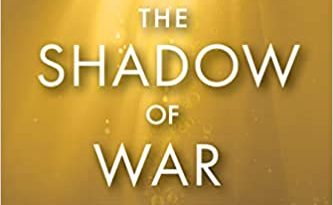 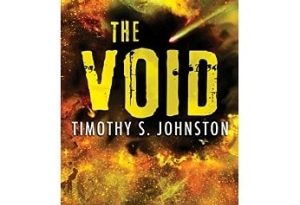