‘The Simon And Kirby – Horror’ book collects macabre stories from the fifties put out by the Simon and Kirby studio. Most of the tales are from the renowned horror anthology magazine ‘Black Magic’, published by Prize Comics from 1950-1961. This book features selected stories from issues # 1-33. At the back are some interesting vignettes from ‘The Strange World of Your Dreams’, an odd magazine in which readers sent in their dreams for ‘dramatization and analysis by Richard Temple’. It only lasted four issues from 1952-1953. The ‘Black Magic’ stories are many and varied. ‘A Giant Walks The Earth’ is a tale of daring set in the interior of India and it’s more H. Rider Haggard than horror. A small plane crashes and the two pilots investigate a huge footprint. Kirby always thought anything big was good, as his work shows. Like many of the tales, this is told retrospectively by the man to whom it happened, pilot Jim Handley, in this case. ‘The Thing In The Fog’ is told from bed by seaman John Karski. ‘Detour Lorelei On Highway 52’ is told from his bed by Davis, a trucking man. A cop tells two fellows the story of ‘Donavan’s Demon’ when they ask him who was the greatest man in the world.

The stories are usually tightly plotted and if they seem hackneyed, well, bear in mind how old they are. The scripting is often elegant, if redolent of pulp fiction. ‘Arlington’s eyes bulged in a frog like fashion’ and ‘dropped into the soft arms of Morpheus’ are two examples from ‘A Giant Walks The Earth’. ‘Up There!’ is narrated by test pilot Tolliver, a man who ‘flew along the edge of death for a pay check’. ‘I returned to the cold night’, he says, ‘to the darkness which men fight with artificial lighting, mechanical sounds and the futile voice of massed humanity.’ Old Tolly could get a job as a writer when he’s too old to fly.

‘A Rag – A Bone And A Hank of Hair’ is a slightly silly story about a dummy coming to life but again the script has some good moments: ‘So it began! An accident! But then, was not the first vague stirring of life in the steaming seas of lost millenniums also an accident.’ Such stuff may be a bit purple but it has some vigour at least. The wordy captions, incidentally, appeared again in Kirby’s solo work during the seventies, proving either that he learned nothing from the sparser style of Stan Lee or, more likely, preferred the style of Joe Simon and Jack Kirby.

Like many anthologies, especially of very short stories, this is best taken in small doses. The original ‘Black Magic’ came out bi-monthly at first and then monthly, so it was not designed for bulk consumption. To be honest, the quality tailed off a bit as it continued. Perhaps the need for more material meant lower grade stuff passed muster. I think it was Simon and Kirby’s practice to launch a magazine with a lot of input from themselves then slowly let other studio hands contribute more. The other studio people included Mort Meskin, no mean talent, and the standard never got very low.

Meskin received credit as ‘associate editor’ on ‘The Strange World Of Your Dreams’ because he gave Simon and Kirby the idea. He had great nightmares and used to tell his colleagues about them. He also went for psychoanalysis, that wonderful American hobby. Presumably they learned enough of the jargon to get away with these yarns, which are quite interesting in a quirky way, though I can’t vouch for their accuracy as psychotherapy. I wonder did readers really send in their dreams or are Miss Ellen K. of Boston, Massachusetts, Mrs C.C.D. of Parkersburg, West Virginian and Mr Thomas R. of Holiet, Illinois just made up names. At least, if they’re still around, they can now get their dreams in a nice hardback edition on quality paper.

The art herein collected is mostly by Jack Kirby. It’s not his best work, probably because it was turned out pretty fast, but his neat design sense, dramatic layouts and sound storytelling shines through as ever. The inking looks sort of muddy in places, which doesn’t help. Had the guys in the studio known that there work would be collected in deluxe hardback editions sixty years later, I’m sure they would have taken more care. They did the best they could in the circumstances and the results are generally pleasing. An excellent volume, overall, and a good addition to the wonderful ‘Simon And Kirby Library’. 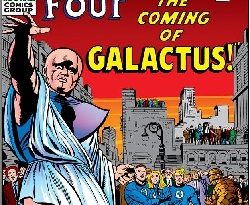 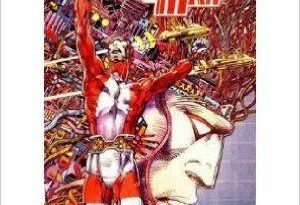 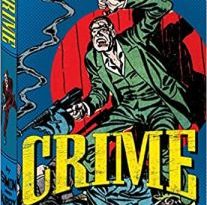