In 1979, ‘The Omega Factor’ was a BBC TV series which took place over 10 episodes and used Edinburgh as a spooky backdrop to the investigation of occult events by Department Seven, This audio of the novel covers some of the ground of the series but it is mostly standalone and is the story of Tom Crane, a sort of investigative journalist. He is a feature writer for the posh Sunday newspapers and is in the process of writing a series of article on the occult as a healthy sceptic when he comes into direct contact with black magic. Crane’s whole life is turned upside down and he finds that from now on it will take a different direction as he seeks revenge on the mysterious Drexel, an infamous black magician. We, the reader, know there is more to Crane than meets the eye as he has some contact with the occult before, but he has blanked out the bad memories, although these are the ones that will help him solve the ultimate mystery of The Omega Factor.

Discovering that his previous steady and uneventful life has largely been made up of half-truths and lies, Crane is at first angry and then determined to embrace fully the hunt for some measure of truth and the novel looks at the beginning of this and its consequences.

Here the novel is read by Louise Jameson, who appeared in the original show as Ann Reynolds, a good friend of Crane’s wife and a researcher in Edinburgh. Louise has a great voice and her acting skills are used to make this an interesting and unnerving audio book. There are no bells, whistles or music on this as it is a pretty straightforward rendition of the book. However, it comes across well as if told in the dead of night around the campfire. It is not great literature and shares some of the traits of pulp fiction with repetitions and errors in the writing and it is of ‘an age’ that sees women cooking bacon and eggs for their husbands and, although I enjoyed it, was always conscious of it being very hero-centric. This is slightly forgivable but really we want more women not more men in these roles. I look forward to Louise Jameson playing one of those. 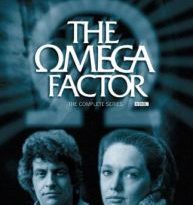