The high-powered and hyper-kinetic ‘The Man From U.N.C.L.E.’ is a pulsating production that one would expect from the off-kilter imagination of writer-director Guy Ritchie whose flashy and furious actioners such as ‘Snatch’ and ‘Lock, Stock And Two Smoking Barrels’ are indicative of the filmmaker’s excess frivolity. So it is not much of a shock that Ritchie’s big screen adaptation of the iconic 60s television series that featured the retro-suave Robert Vaughn and golden-haired heart-breaker David McCallum takes on a sleek, stylish and impishly erratic mix of intrigue and frolic.

The consensus is that ‘The Man From U.N.C.L.E.’ continues the wave of nifty and naughty-minded colourful espionage spectacles that seem to have invaded the summer of 2015. Perhaps when one cries ‘U.N.C.L.E.’  it will not be as challenging or convincingly crafty as the more cerebral and stimulating ‘Mission: Impossible-Rogue Nation’. Still, Ritchie’s off-beat serving of ‘The Man From U.N.C.L.E.’ is mindless fun and roguishly cheeky. Sure, at times the boisterous bounce in ‘U.N.C.L.E/’ feels rather strained as Ritchie’s foray into the James Bond-esque territory featuring the off-balance smoothness of twitchy twosome  Brit Henry Cavill (the ‘Man of Steel’ star portraying American CIA Agent Napoleon Solo) and Armie Hammer (incidentally sporting a catchy and clever moniker) as Russian KGB Agent Illya Kuryakin spirals into a cliched cavalcade of mischievousness drowned out by surging surf music, crazy-minded and bright-coloured landscapes, perfect-looking protagonists and wildly penetrating predicaments in its manufactured action sequences. Nevertheless, ‘The Man From U.N.C.L.E.’ still generates a sense of rousing charm and insane impishness to carry out its agenda for off-the-cuff espionage escapist frolicking.

Some may not mind the make-up of ‘U.N.C.L.E.’ as a saucy buddy action flick in disguise as Cavill and Hammer drolly inhabit the kooky coolness of TV’s dynamic duo spies from yesteryear. Nobody will ever claim that Cavill and Hammer are trying to ape the small screen spying antics of original U.N.C.L.E. bad boys in the aforementioned Vaughn and McCallum any time soon. The exaggerated juiced-up chase scenes, the inclusion of high-volume spunk and wit, devious femme fatales that parade around as hormonal trophies…all add to the high-wire hedonism of Ritchie’s off-centered international gun-toting caper.

Ritchie’s co-written screenplay, along with Lionel Wigham of ‘Sherlock Holmes’ fame with ‘Harry Potter’ producer credits, does not provide much of a deep-seeded story other than its need to indulge the audience in its shifty shenanigans as an over-the-top ode to a classic couple of televised operatives that baby-boomers will fondly recall from their childhood reminiscences. The premise is somewhat painfully familiar as two clashing spy guys with different approaches to the espionage game join at the hip to stop a madman planning to engineer nuclear destruction for a vulnerable world. Of course, in attempting to stop such unthinkable madness we are overcome with the philosophical tactics and mannerisms of the targeted tandem looking to spread some spice along the way in saving the world from certain cartoonish devastation.

Solo is the capable cad whose free-spirit and ease on handling a sticky situation is met with instinctive, cavalier American ingenuity. Kuryakin, on the other hand, seems to be disciplined in his uptight ‘play-it-by-the-book’ demeanor as the cold Russian enforcer without a sense of straying from his boundaries. Together, this debonair ‘ying-and-yang’ pair of free-wheeling agents form as one in their mission to foil the demented deed of others. Isn’t that special?

In essence, ‘The Man From U.N.C.L.E.’ believes in its wheeling-and-dealing hype and that is not necessarily a bad thing. It does not pretend to be anything other than what it is at large, a spry, jet-setting caper where playful doom and gloom is played out against a backdrop of elegant locales not to mention a spruced-up soundtrack to accompany the animated proceedings. As usual Ritchie punctuates his theatrical releases with loose-minded lunacy happening at a fast pace. The outlandishness of ‘U.N.C.L.E.’ is truly true to form in the tradition of the funky and frenetic fables that Ritchie loves to spin at will.

Both Cavill and Hammer seem to get inspiration out of their dressy roles as the inventive spies with a knack for carousing and chaos. The wily women that are at the center of attention for Solo’s/Kuryakin’s romancing interests in Elizabeth Debicki’s vivacious Victoria and Alicia Vikander’s toxic Gaby is refreshingly stimulating and reinforces the suspenseful jolt. As the commanding Waverly that oversees Solo and Kuryakin, Hugh Grant does not hold a candle to the late great character actor Leo G. Carroll, that was so memorable as the head honcho that pushed the buttons in the background for both Solo’s ‘The Man From U.N.C.L.E.’ and later April Dancer’s (Stephanie Powers) ‘The Girl From U.N.C.L.E.’

So here is to the jousting ‘U.N.C.L.E.’ enjoying its considerable A.U.N.T (‘A Unique Nifty Time’) at the busy summertime box office.

Directed and Co-Written by: Guy Ritchie 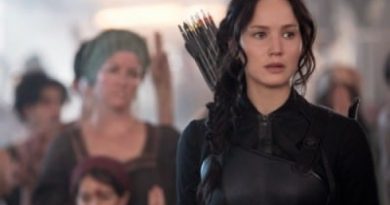