Geralt of Rivia is a witcher, who are acquired (stolen?) as children and subject to a form of mutation. They are fed toxins and undergo rituals. The survivors develop immunity to the toxins and gain certain abilities as a result. They are designed for a single purpose — the hunt and slaughter of monsters, magical and otherwise — and spend their lives seeking contracts to that end.

Geralt is quick-witted and talented with sword and sign (a form of hex magic which gives him several advantages in combat). His swords are imbued with magic and with the aid of poisons, he is a near invincible warrior. He can be a cold-blooded killer and completely mercenary in his pursuit of monsters but as the tales collected in ‘The Last Wish’ show, not everything monstrous is evil and beauty can be deceiving.

A series of loosely connected tales, ‘The Last Wish’ serves as an introduction to a universe I encountered in the computer games, ‘The Witcher’ and ‘The Witcher 2: Assassins Of Kings’. Written fourteen years before the first game, Sapkowski’s books have been adapted to comics, graphic novels, a movie and a TV series. More recently, the first two novels were translated into English and released in conjunction with the games.

The Last Wish by Andrzej Sapkowski

Aside from introducing us to an alternate universe of swords and sorcery with many familiar elements — elves, dwarves, wizards and monsters — the stories in ‘The Last Wish’ toy with well-known folklore. Tales like ‘Beauty And The Beast’ and ‘Snow White’, to name just two, have been pulled apart and rebuilt for Sapkowski’s world and fit well with his lore. I enjoyed that aspect of the book as much as I did learning more about Geralt.

But I did pick up the book to read about the witcher, Geralt of Rivia. I have played both ‘The Witcher’ and ‘The Witcher 2’ and was captivated both times by the story, the lore and the characters. The Continent is a dark world decorated in shades of moral grey, but the characters are incredibly vibrant and multi-dimensional. The moments of absurd humour and small asides are both unexpected and welcome. I hoped to learn more about Geralt and his origins and I did. I also got to meet Yennefer, a woman he hopes to be reunited with in the games. Another favourite, Dandilion, is in two of the stories and a part of the overall plot. In between, there are other familiar names and places, more back story, but so far, no spoilers which is both a curse and a relief.

Back to Geralt. His voice is as engaging in the book as it is in game, a combination of dry wit and surprising compassion. For all this, he is extremely dangerous, Geralt is a fair man, which does not always serve him well. He is also very tricky; he understands how to play the game of politics and that saves his arse more than once. The instances of him and Dandilion talking and travelling together are nothing short of delightful. I enjoyed the glimpses of a more light-hearted man. There is an underlying theme of the true definition of humanity in the novel and a hint Geralt seeks it for himself. It is the opinion of this reader that he is one of the most human characters on the Continent.

The vision Geralt experiences at the end of ‘The Last Wish’ is a suitable enticement to not only pick up the next book, ‘The Blood Of Elves’, but to continue obsessively tracking the release of the third game, ‘The Witcher 3: The Wild Hunt’, due out in 2014.

*US Edition reviewed. Extra hundred pages include an excerpt of Orcs by Stan Nicholls 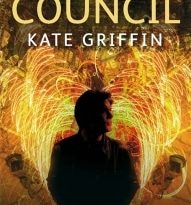 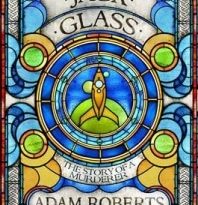 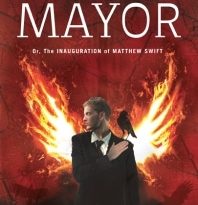