‘The Iron Wyrm Affair’ by Lilith SaintCrow narrates the first case of Emma Bannon, Sorceress Prime in the service of Britannia, and Archibald Clare, unregistered mentath. Their world is a parallel to ours, where the industrial revolution is powered by clockwork, steam and magic. Bannon literally works for Britannia, the spirit of the realm, presently incarnated in Queen Victrix. Sorcerers and sorceresses exist throughout British society. Primes are the most capable of them and often members of the aristocracy, but there are many who can perform just one simple trick and live among the poor. The same goes for mentaths: some of them are like human super-computers, capable of feats of deduction and logic seemingly supernatural and others are just like a human abacus. Bannon is sent out to protect Clare because someone has started to kill unregistered mentaths and steal some of their organs. Together, the two unlikely partners, the emotional sorceress and the mostly emotionless mentath, begin to unravel the case and collect evidence for a conspiracy in the highest echelons of British society. The course of the story sees them fighting mecha powered by clockwork, take on dragons and their minions and Bannon even gets to ride a royal gryphon.

‘The Iron Wyrm Affair’ is a well-written steam fantasy taking place in an interesting world which provides many opportunities for further stories. It introduces some dark points in Bannon’s history and a nemesis for Clare, whom is only hinted at. I think we will be seeing more of their pasts in the novels to come. Both lead characters are well-developed and the novel is told from both their viewpoints, which are different enough to be distinguishable. Lilith SaintCrow even fits some memorable minor characters into the novel like the Italian assassin/bodyguard Valentinelli.

What I like most about Lilith SaintCrow’s novel is the unique setting and the fact that the two lead characters are not in love with each other. It wouldn’t have fitted Clare’s character and makes for a more interesting story. Even though the novel is told rather from Emma Bannon’s point of view than from Archibald Clare’s, it will appeal to readers of both sexes. If you are interested in steampunk with a touch of fantasy at all, you should read this novel. I, for one, am looking forward to the next case of Bannon and Clare! 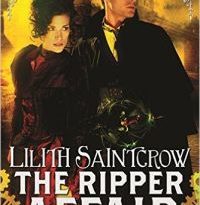 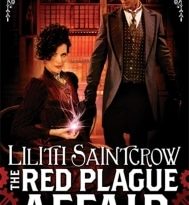