‘The Fall Of Tartarus’ is a collection of eight linked short stories by British SF writer Eric Brown, each of which was originally published in magazines, mainly ‘Interzone’, between 1995 and 2000 and one of which, ‘Hunting The Slarque’, went on to win the British Science Fiction Association’s best short story award in 2000. The collection, originally published in book form by Gollancz in 2005, has been out of print for some time until Infinity Plus Books published this eBook-only edition in 2016. The thing which links these stories together is the unusual nature of the setting. Each takes place on the planet Tartarus Major, a habitable exo-planet some one hundred light years from Earth, whose parent star Tartarus is very close to the end of its natural life and in danger of going supernova at any minute. The eight stories appear in chronological order, with the first being set some two hundred years before the supernova, while the last takes us right up to the moment when Tartarus Major is destroyed by its exploding parent.

The first story, ‘Destiny On Tartarus’, is also the longest. In this novella, sixteen year-old Sinclair Singer travels from Earth to Tartarus Major following the death of his mother, Susanna, searching for news of his estranged father, Gregor, who supposedly died on the distant planet some four years earlier. Sinclair knows very little about his father and is desperate to find out whatever he can. Yet no sooner does he get to his destination than a conman relieves the naïve teenager out of almost all his money. Thankfully, a more honest local soon befriends him and together they embark on a set of adventures as Sinclair follows his father’s trail across the planet. This is an excellent opener to the collection, featuring some weird and wonderful characters, an exciting storyline and a bittersweet but satisfying resolution.

Next comes ‘A Prayer For The Dead’, a story set fifty years before the supernova and revolving around a summertime teenage love triangle which goes horribly wrong. The main character, Joe Sanders, is a likeable guy who has the chronic lack of self-belief of most of us at that age, particularly where the opposite sex is concerned. The angst of teen infatuation radiates off almost every page, so that you feel Joe’s pain and doubt. In the midst of all this, the story introduces a fascinating alien hermit called Zur-Zellian who has come to the planet to meditate over its imminent destruction. This sub-plot introduces some of the theological arguments that will recur throughout the book.

We jump forwards thirty years for ‘The Eschatarium At Lyssia’, which begins on Earth, to whence famous artist Jonathan Fairman has fled following the death on Tartarus Major two years earlier of his wife, Aramantha. He was so traumatised by her terminal illness that he had his memories of her final months erased by neurosurgery. Unfortunately, the process is not perfect and he has started to get incomplete and disturbing nightmares as a result. When a winged humanoid ‘Messenger’ arrives from Tartarus Major with a request, supposedly from his wife’s ghost, asking him to come back to the planet to see her, his rational mind rejects the idea immediately.

The nightly bad dreams, though, soon persuade him that he needs to do something to put his wife’s memory to rest and he follows the Messenger back to his old home. What happens when he gets there is more fantastical than he could possibly have imagined. The tragic love story at the heart of this piece is understated but all the more affecting for that. Although Jonathan came across as too self-satisfied for my liking, the resolution of the story was genuinely thought-provoking and more than made up for his character defects.

‘The Ultimate Sacrifice’ takes us another five years closer to the supernova. Katerina de Klien is a well-known investigative reporter who comes to Tartarus Major while filming a documentary on the disappearance of her older brother Bobby, three years earlier, while he was employed by the planet’s authorities. She suspects an official cover-up and is extremely surprised when the senior bureaucrat she interviews doesn’t try to pull the wool over her eyes but tells her all that he knows, although that’s not much. As a result, she travels deep into the jungle where Bobby disappeared. Will she find him alive? This is a powerful story of filial love, loss, guilt and sadness. The main characters are extremely well drawn, with Katerina in particular, a realistic mixture of strength and vulnerability. This makes the surprise ending all the more effective and it is the reason why this is my favourite story in the collection.

In ‘The People Of The Nova’, Director Jenner is responsible for organising the evacuation of all the local humanoid tribes on the southern half of Tartarus Major, a mere decade before the expected date of the supernova. Most have signed up, but one tribe refuses to leave, citing their religious beliefs. As if that wasn’t enough to cope with, Jenner is plagued by personal demons.

His only daughter, Rebecca, died seven years earlier in a monorail accident on Earth, aged just five. Afterwards, they moved from Earth to Tartarus Majo and then, four years ago, his wife Laura disappeared while on a mission to one of the local tribes. Now two of his colleagues have vanished in exactly the same circumstances. Have they befallen the same fate as his wife and, if so, might he finally find her if he goes looking for them? I had mixed feelings about this one. Jenner’s tragic back story is very engaging and the plot pulled me along very effectively. However, the violent events that happen near the end of the story did not feel sufficiently well-motivated to me and the ending failed to my mind to resolve the story satisfactorily.

‘Vulpheous’ takes place just one year before the planet’s fiery end, when most sensible people have abandoned the sulphurous hell that Tartarus Major has by now become as its parent star gets ever more bloated in the sky. Two people who haven’t left are Connery, a human, and Leona, a young local tribeswoman. They meet each other on the summit of a large flooded volcano, both hoping to find the last living Vulpheous, a giant sea elephant with supposedly extraordinary healing powers. However, their reasons for doing so are very different and that ultimately has tragic results. I thought the moral dilemma at the heart of this story was extremely well presented, even if the way that Brown chooses to resolve it left me feeling rather sad.

The penultimate piece, ‘Hunting The Slarque’ tells the story of exo-biologist Hunter, who travelled to Tartarus Major four years before the supernova in order to photograph and study some rare indigenous wildlife that will shortly become extinct. Unfortunately, for him, one of these animals took umbrage and promptly disembowelled him. When he wakes up in a hospital bed, it is to find out that he died from his wounds and has spent the last three years in a rejuvenation pod, being slowly put back together. That’s the good news. The bad news is that the treatment is so expensive that his benefactors basically own him now, body and soul.

So when they explain that they value his skills and want him to go back to Tartarus Major to track and find the very creature that killed him, supposedly the last of its kind, he is understandably somewhat reluctant to agree. However, when he finds out that they’ve already persuaded his wife and young daughter to go, he can’t really refuse. Can he avoid becoming the creature’s victim a second time? This is a long and complex story with a dramatic ending which took me by surprise. The rejuvenation technology used to bring Hunter back from the dead is fascinating and I particularly liked the fact that it takes three years to do its job. If this was Hollywood, it would take three minutes, witness a similar idea in the recent film ‘Elysium’, for example. Brown’s version seems much more realistic to me.

The collection’s final story, ‘Dark Calvary’, brings together many of the themes from the earlier stories. Hans Cramer is a spaceship-bound philosophy and theology lecturer who is attracted to one of his keenest students, Francesca Rodriguez. The feeling is mutual and they become lovers. Their evolving careers keep them separate for long periods yet they remain a couple. When Francesca’s ship crash-lands on Tartarus Major, Hans rushes to the dying planet to find out whether she survived or not. What he finds when he gets there, though, is not what he expected at all. This story provides a fitting conclusion to the collection, recapitulating the ideas which have emerged and re-emerged across the previous seven stories, including love, loss and the need to find meaning in life. I didn’t particularly warm to any of the characters I met here but the piece certainly provides an effective ending to the broader narrative of the whole book.

The collection closes with a brief afterword, in which Brown charts the tangled publication history of these stories over the last quarter century, starting as a book which never appeared, through magazine publication of the individual stories, back to book publication and finally to this eBook version. It’s a fascinating little insight into the vagaries of the publication process.

Considering the collection as a whole, the main thing that strikes me is how much a sense of finality and death pervades the entire narrative. The coming death of the planet and its parent star is, of course, ever present and this provides the book with its own doomsday clock, each story counting down towards the inevitable dénouement. Brown makes this viscerally apparent through his descriptions of Tartarus Major’s changing climate, the boiling heat and ever more punishing humidity of the later stories making our contemporary concerns about global warming seem quaint by comparison. Riding on top of that, though, the stories concern themselves with repeated themes of death and mourning, as characters try to come to terms with the loss of their parents, siblings, lovers or children. Despite this some, though not all, of the stories do still manage an optimistic resolution.

‘The Fall Of Tartarus’ comes from the early part of Eric Brown’s SF career, but it illustrates many of the themes which he continues to tackle to this day. If you haven’t read any of his books, it would provide an excellent starting point, so it’s great that Infinity Plus Books have provided it with a new lease of life in eBook form. Recommended. 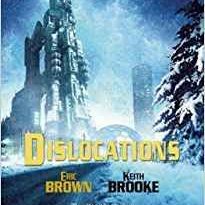 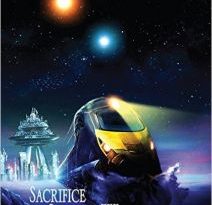 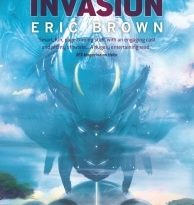