From the start, I should point out that this second edition of ‘The Encyclopedia Of Superheroes On Film And Television’ by John Kenneth Muir from 1951 and only reaches as far as 2008. No doubt with all the super-hero films that have come out in the past four or more years, depending when the next release is, the third edition will be even bigger than this monster (sic).

I should also point out that the choice of super-heroes is not purely from the comicbooks but also the likes of ‘The Six Million Dollar Man’, ‘The Bionic Woman’, ‘Dark Angel’, ‘Buffy’, ‘Angel’, ‘Heroes’ and ‘Now And Again’. Perhaps it should have been called ‘The Encyclopedia Of Super-Humans On Film And Television’, but then the number of those wearing super-hero togs, made specifically for TV, outweighs those who don’t. This book is also very much American-orientated, so you won’t get the likes of our ‘The Tomorrow People’ or ‘The Champions’. Once you orientate as to what is not there, you start ponder on other omissions and wonder what happened to the likes of the animated ‘The Impossibles’ from the 1960s and even ‘Smallville’ come to that. It was referenced in the introduction but not a full entry. With such a monster read of nearly 700 pages, this is the kind of book that will grow and grow and with this one released in 2008, would undoubtedly have an update at some point. So why did I pursue this particular edition than wait until then? Logistically, I expect the next edition would be a two volume edition, splitting between films and television unless entries here are removed. So if anything, I would be inclined to treat this second version as a concise edition. Where the TV series are concerned, not only do you get a history of the series but also an episode guide as well. The odd photo is dotted around but not for all of them and not always for the favourites, which in itself might be seen as a good thing because you then focus on the less seen material. Whether its film or TV, you do get a comprehensive cast and credits list as well.

This doesn’t mean this book is perfect and certainly someone should have pointed out to author John Kenneth Muir that in the Iron Man entry that one of his foes was never the Scarlet Witch but the Black Widow. With ‘The Six Million Dollar Man’ entry, Muir confuses Austin with Jaime Sommers as to over-taxing his bionic systems would cause his organics to reject them, although that wasn’t exactly true for her neither. The errors are minor considering the size of the book.

Unlike many people I tend to read all these books from cover to cover, whereas many of you will own this book for reference only. I can see some of you shaking your heads saying you can use the Internet but unless you’re a skilled Internet Google user or have a good memory for the more obscure TV shows or films, then this book comes into its own. After reading it, I’ve added the live-action ‘The Tick’ and the TV version of ‘The Flash’ as a couple series I really ought to find time to sit down and watch. A useful reference. 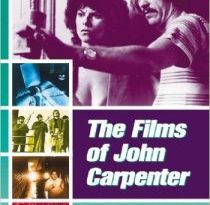 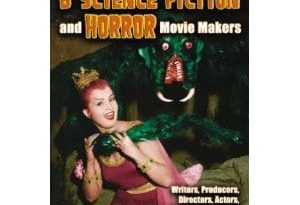 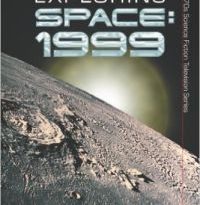