The third book. ‘Emergence’, in Ken MacLeod’s ‘Corporation Wars’ trilogy continues straight on from the previous volume ‘Insurgence’ where, as I explained in my review of that book, I had completely lost track of what was going on. A brief introduction to summarise the story so far or maybe a glossary that I could refer to to remind myself who was who might have been helpful before diving right back in to the plot. Here’s my own brief summary: A thousand years in the future, the minds of cryogenically frozen and downloaded soldiers have been uploaded into a virtual environment housed in a space station around a distant star where the local planets and resources are being surveyed for colonisation by the Direction, Earth’s governing body. The soldiers are needed to operate battle mechanoids in order to fight the emergent freeboots who have decided they have better things to do than mine asteroids for the Direction and the Corporations who are funding the mission. The AIs running the whole expedition are hardwired against using weapons, hence the need for virtually resurrected humans.

In ‘Emergence’, the multifarious machinations of the previous volumes continue apace, with Reactionary infiltrators who have rebelled against the Direction setting up base on a resource-rich moonlet, only to discover it already occupied by freeboots who are in the midst of their own plans. The Accelerationist faction have crash-landed their module onto the super-habitable planet that was supposedly under quarantine and they now set out to explore, trade with the factions still in space or, at the very least, survive. Finally, various random characters, who came together in the last book and decided they no longer agreed with anybody else’s philosophies, have arrived on another moonlet where they attempt to make peace with another group of freeboots as well as the Forerunners, an earlier group of freeboots who’ve been hanging around in the background. It is indeed a fabulously complex set-up and does a great job of extrapolating the chaos resulting from an attempted long-range colonisation without any humans actually present.

As we switch from one group to the next, each in turn seems quite sympathetic, until streaks of ruthlessness, cruelty and megalomania show through. It’s a highly original concept, even while sharing some of the recognisable features of military SF, hard SF and cyberpunk. There’s an endless list of players involved: virtual corporations, AIs, virtual colonists who may or may not be self-aware, alien life-forms, factions within factions, sleepers within those faction, sleeper agents pretending to be part of the factions that have infiltrated other factions. I decided to stop attempting to keep track of who worked for whom or believed in what and instead just follow their on-going escapades.

Ken MacLeod keeps the action going throughout the book by introducing new variables to test the characters, new landscapes to fight over and deeper corporate machinations to puzzle over. My main fault with the first volume was that all of the characters were effectively immortal and, if their physical presence was destroyed, they would re-appear in the sim having only lost their memories of the mission they were on at the time. In this volume, the stakes are raised because many of the post-human fighters have abandoned their sponsors, changed their philosophies and made new friends and allies, staying out of their home sims for weeks or even months. This means that if they are destroyed they will revert to an earlier version with no memories of what has happened or why. This gives their actions and decisions much more import and gradually winds up the tension as the trilogy approaches its climax.

By the end, I was still slightly confused by who was allied with whom and why, but developments down on the planet surface and among the myriad players in the star system made this final book a much more engaging read to conclude the story. 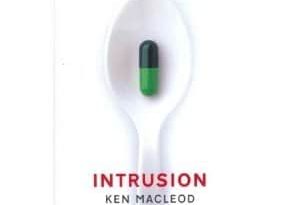 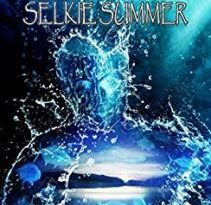