Having enjoyed the stories of Caitlin R. Kiernan in certain horror anthologies, usually Lovecraftian, I opted to review this edition. My copy is an advance uncorrected proof of the hardcover.

There is an introduction in which the author chats about anthologies and hopes we will enjoy the fourteen stories here. Then there are thirteen stories. Perhaps the corrected proof had fourteen or an amended introduction. After the stories, there are some interesting notes about their origins and publishing history. First up, ‘The Steam Dancer (1896)’ is the tale of Missouri Banks, who survived a bad childhood as a street urchin when her mother died and her father committed suicide in grief. She was rescued by a mechanic but had gangrene in one leg, one arm and one eye. A Chinese man designed a new eye and her limbs were replaced with steam-powered substitutes. She dances in a brothel to make money to pay back the kindly mechanic, now her husband. The story is mostly narration and relies on the quality of the writing and the atmosphere to bring it home. They do the job but in one way this is a misleading introduction to the book as the sex is between a man and a woman. No more of that nonsense from now on!

Unicorns are common in fantasy, as are demons out of Hell but the two are bought together in a sort of noir film style in ‘The Maltese Unicorn’. Natalie runs a bookshop but is funded by Harpootlian, the demonic brothel keeper. When the gorgeous Ellen Andrews turns up at the shop and tells Nat that Harpootlian wants her to go to Jimmy Fong’s Chinese Apothecary and pick up a passage it isn’t a great surprise. She is often asked to run such errands. Things get complicated when she finds Jimmy Fong dead. I don’t know what Dashiell Hammett and Raymond Chandler would have made of this but I thought it was great fun.

The strange female creature appears in the next two stories. ‘One Tree Hill (The World As Cataclysm)’ has a science journalist investigating a lightning strike on a New England hilltop that blasted a tree and a house. Some creature speaks to her up there but she never dares turn to look at it.

In ‘The Colliers’ Venus (1898)’, Professor Ogilvy, curator of his own museum in Cherry Creek, a coal mining town. He is recruited by his friend Dora to investigate strange happenings down the mine and the culprit is another female creature, black-skinned with blacker hair and a black tongue. As boss of the Ogilvy Gallery of Natural Antiquities, he is used to thinking in geological time spans, which may help. Airships and other trappings make this steam punk of a sort but Kiernan carries it off better than most because she has the vocabulary to imitate 19th century prose

Space is a good venue for monsters and the unknown. ‘Galápagos’ has the oft used opening of a first person narrator in a lunatic asylum, a modern one and not so brutal as those in Victorian horror fiction. She was an astronaut on a mission to Mars and encountered strange creatures. Once again, a description of the plot doesn’t do justice to the power of the author’s writing and her ability to create a haunting atmosphere.

That skill is apparent again in ‘As Red As Red’, a slightly different take on the vampire legend that was maybe a little too long for its plot.

‘Hydraguros’ is Science Fiction again. This time it’s a low-life drug courier in a depressing future who keeps seeing people leaking silver. The story rolls along nicely carried by the first person narrator’s lively language. This time he’s a male homosexual and ‘adult themes’ are touched on. I mention this only to warn readers who are put off by that kind of thing. As usual, the storytelling is reward enough for the time spent but I would have preferred a clearer ending.

‘Slouching Towards The House Of Glass Coffins’ is set on a future Mars, where life is hard and made harder by slave traffickers who raid settlements and take pretty girls captive. Nobody dares challenge the fierce Maafa usually but Alieka Ferenczi goes after them when they steal a girl called Muirgheal, who she secretly loves. This was excellent with a surprising twist and a satisfying conclusion. Kiernan is trained as a vertebrate palaeontologist and has had work published in scientific journals so she is perfectly qualified to write Science Fiction. Not that you need qualifications. ‘Slouching Towards The House Of Glass Coffins’ was my favourite in this book.

Like most fantasies, ‘Tidal Forces’ sounds dotty when boldly described. Emma and Charlotte live by the sea. After a strange incident Charlotte has a hole in her torso, a black hole which doesn’t hurt but keeps getting bigger. Emma’s narration skips back and forth over about a week. Her assignation of different playing cards for each day while telling the tale is something I could have done without but it doesn’t spoil the story and the ending is terrific

‘The Sea Troll’s Daughter’ is sword and sorcery with a difference. The hero kills a troll that has been taking tribute from a village but as the defeated monster’s corpse is washed away in an undercurrent has no proof that the deed was done. The conqueror stays at the village, gets drunk and takes the barmaid to bed. Surprise, surprise, the hero is a woman named Malmury. The story breaks with convention in more ways than one and is quite an enjoyable sort of romp. According to the notes, the author rates it very highly and thinks it should have won awards. Can’t say I agree but it was pretty good.

One bad apple don’t spoil the whole bunch, they say, but ‘Random Thoughts Before A Fatal Crash’ was not my favourite by a long shot. Fairy tale obsessed artist Albert Perrault is apparently a recurring character in Kiernan’s fiction. He’s a homosexual who pursues rent boys and transvestites in the mean streets of Paris. Reasonably familiar with the mean streets of Paris, I enjoyed the first few pages as they bought back some interesting memories,not that I pursued the same activities as Albert. After a while, his perverse ramblings grated and eventually I didn’t even finish the story. I guess when a writer does this ‘edgy’ stuff it’s bound to go over the edge for some readers.

The book concludes with the title story ‘The Ape’s Wife’ which is about Ann Darrow, the blonde with whom mighty Kong fell in love. In a sort of dream sequence, we follow Ann through several alternative futures after Kong before finally settling on the ‘real’ one. It’s hard to tell what’s real in this sort of tale. The notes say that this was voted ‘readers favourite’ for 2007 when it appeared in ‘Clarkesworld’ magazine. I don’t agree but my preference is for more traditional narratives, the types that become best sellers.

Caitlin R. Kiernan admits in the introduction she isn’t a best-seller and so has to write seven days a week to eke out a living. Practice makes her pretty damn perfect at it but there’s a limited market for fantasy, Science Fiction and horror, even if you can cast a spell like Lovecraft. Like him, she lays in on a bit too thick sometimes but she’s a very powerful writer, gets you in the gut rather than the head (not always pleasantly) so every story has an impact. Such powerful medicine is probably best taken in small doses, no more than one story a day or less and it won’t suit all tastes. Be warned, too, that strong language and frank sexual references are abundant and they‘re usually about the love that dared not speak its name once but now shouts it from the rooftops. Only the first story has heterosexual partners.

The prolific Kiernan is pretty well-known among short story readers by now and for anyone who likes her style, this volume is worth a look. It might please you, it might annoy you or even make you feel a bit ill but it certainly won’t bore you. 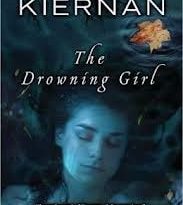