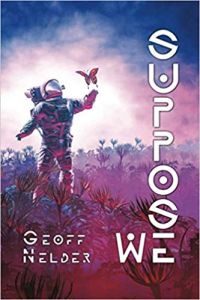 The title, ‘Suppose We’, is from the name of the spaceship, a change from all those bold, daring adventurous ship names. It’s fitted with a Quasi-Alcubierre drive shaped like a ring which warps the space just in front of the ship. The crew are Gaston, exo-linguist and biologist; Penn, the captain; Delta, an engineer and Em, the navigator, two male and two females. The narrator is Gaston but there are short chapters from the point of view of the ship’s quirky AI as well.

The Suppose We is en route for the Kepler-20 system, particularly Kepler-20h, a planet whose long distance data shows might be suitable for humans. The crew have been in suspended animation for a thousand years, occasionally woken by the ships AI if there is a decision to be made.

After an odd encounter with a giant sphere the size of Jupiter, they reach Kepler-20h and crash-land because of its turbulent atmosphere. Leaving the AI to take care of Suppose We, they take to the escape pods and land in a jungle. Their mission then is to stay alive, find the ship and repair it and explore the planet to see if it is suitable for a human colony. It’s rich with life already, including some possibly intelligent beings who completely ignore them. Not the expected reaction.

The many discoveries they make are interesting and slowly lead to an understanding of Kepler-20h. Gaston is particularly fascinated by a butterfly that hitches a ride on his backpack and stays with them.

The butterfly contributes the ‘flying crooked’ part of the title because that’s what they do. Narrator Gaston is a likeable fellow and so are the other crew members, though the American Captain Penn seems a bit brutish, gung-ho and trigger happy at times: John Wayne with a beard. There’s a vegan theme but it’s not at all overt, just part and parcel of the planetary ecosystem. Nelder doesn’t sell his birthright for a pot of message. The story comes first.

‘Suppose We’ has plenty of science in the content but the best thing about it is the characters and their relationships. It’s a very pleasant read. There’s a bit of sex but it’s not explicit, more humorous if anything and the thrills and danger come from dealing with nature, bogs, plants, steep cliffs and the odd materials the natives use for construction.

This is a good old-fashioned solid yarn about brave explorers looking for colony worlds, like something from the 1950s but with up-to-date science and interpersonal relations. It’s tightly plotted, doesn’t sag anywhere and rattles on to a satisfying conclusion. I thoroughly enjoyed the book.

check out website: www.ll-publications.com/ although we’re not sure why its not listed there and https://geoffnelder.com/ 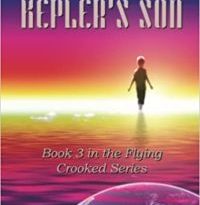 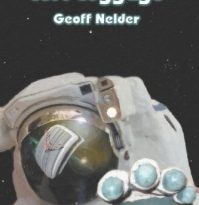 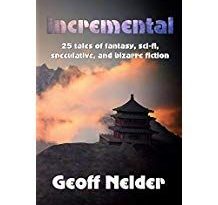