Stephen Hunt will be launching and signing his new novel In Dark Service at the Forbidden Planet London Megastore on Thursday 15th May from 6pm – 7pm!

The first novel of the Far-called fantasy series, In Dark Service takes Hunt’s work in a brand new direction.

The novel follows the Carnehans and Landors: two families whose children are kidnapped by slavers from the town of Northhaven in the Kingdom of Weyland. The town launches a rescue expedition to free the taken from captivity, but with little chances of success… Featuring heart-breaking characters and breath-taking world building, the novel focuses on both the adventures of the pursuing towns-people and the slaves’ struggle to survive their harsh captivity. 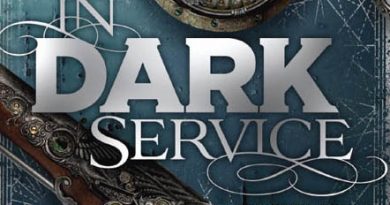