Here’s the first trailer for the new animated Scooby-Doo movie, Scoob – aka Scooby-Doo’s origin story and the first case for Mystery Inc.

SCOOB! reveals how friends Scooby and Shaggy first met and how they joined with young detectives Fred, Velma and Daphne to form Mystery Inc. Scooby and the gang face a plot to unleash the ghost dog Cerberus upon the world.

As they race to stop this global dogpocalypse, the gang discovers that Scooby has a secret legacy and a destiny greater than anyone imagined. 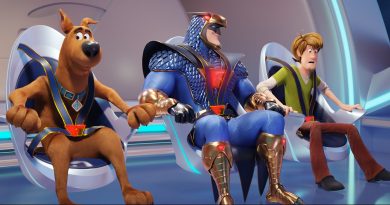