Researchers from the Moscow Institute of Physics and Technology teamed up with colleagues from the U.S. and Switzerland and returned the state of a quantum computer a fraction of a second into the past. They also calculated the probability that an electron in empty interstellar space will spontaneously travel back into its recent past. The study came out March 13th 2019 in science journal Scientific Reports.

“This is one in a series of papers on the possibility of violating the second law of thermodynamics. That law is closely related to the notion of the arrow of time that posits the one-way direction of time: from the past to the future,” commented the study’s lead author, Gordey Lesovik, who heads the Laboratory of the Physics of Quantum Information Technology at MIPT.

“We began by describing a so-called local perpetual motion machine of the second kind. Then, in December, we published a paper that discusses the violation of the second law via a device called a Maxwell’s demon,” Lesovik told SFcrowsnest. “The most recent paper approaches the same problem from a third angle: We have artificially created a state that evolves in a direction opposite to that of the thermodynamic arrow of time.”

Most laws of physics make no distinction between the future and the past. For example, let an equation describe the collision and rebound of two identical billiard balls. If a close-up of that event is recorded with a camera and played in reverse, it can still be represented by the same equation. Moreover, one could not tell from the recording if it has been doctored. Both versions look plausible. It would appear that the billiard balls defy the intuitive sense of time.

However, imagine that someone has recorded a cue ball breaking the pyramid, the billiard balls scattering in all directions. One need not know the rules of the game to tell the real-life scenario from reverse playback. What makes the latter look so absurd is our intuitive understanding of the second law of thermodynamics: An isolated system either remains static or evolves toward a state of chaos rather than order.

Most other laws of physics do not prevent rolling billiard balls from assembling into a pyramid, infused tea from flowing back into the tea bag, or a volcano from “erupting” in reverse. But we do not see any of this happening, because that would require an isolated system to assume a more ordered state without any outside intervention, which runs contrary to the second law. The nature of that law has not been explained in full detail, but researchers have made great headway in understanding the basic principles behind it.

Quantum physicists from MIPT decided to check if time could spontaneously reverse itself at least for an individual particle and for a tiny fraction of a second. That is, instead of colliding billiard balls, they examined a solitary electron in empty interstellar space.

“Suppose the electron is localized when we begin observing it. This means that we’re pretty sure about its position in space. The laws of quantum mechanics prevent us from knowing it with absolute precision, but we can outline a small region where the electron is localised,” said study co-author Andrey Lebedev from MIPT and ETH Zurich.

The physicist explains that the evolution of the electron state is governed by Schrödinger’s equation. Although it makes no distinction between the future and the past, the region of space containing the electron will spread out very quickly. That is, the system tends to become more chaotic. The uncertainty of the electron’s position is growing. This is analogous to the increasing disorder in a large-scale system – such as a billiard table – due to the second law of thermodynamics.

“However, Schrödinger’s equation is reversible,” added Valerii Vinokur, a co-author of the paper, from the Argonne National Laboratory, U.S. “Mathematically, it means that under a certain transformation, called complex conjugation, the equation will describe a ‘smeared’ electron localizing back into a small region of space over the same time period.” Although this phenomenon is not observed in nature, it could theoretically happen due to a random fluctuation in the cosmic microwave background permeating the universe.

The team set out to calculate the probability to observe an electron “smeared out” over a fraction of a second spontaneously localising into its recent past. It turned out that even if one spent the entire lifetime of the universe – 13.7 billion years – observing 10 billion freshly localised electrons every second, the reverse evolution of the particle’s state would only happen once. And even then, the electron would travel no more than a mere one ten-billionth of a second into the past.

Large-scale phenomena involving billiard balls, volcanoes, etc. obviously unfold on much greater timescales and feature an astounding number of electrons and other particles. This explains why we do not observe old people growing younger or an ink blot separating from the paper.

The researchers then attempted to reverse time in a four-stage experiment. Instead of an electron, they observed the state of a quantum computer made of two and later three basic elements called superconducting qubits.

Stage 1: Order. Each qubit is initialised in the ground state, denoted as zero. This highly ordered configuration corresponds to an electron localised in a small region, or a rack of billiard balls before the break.

Stage 2: Degradation. The order is lost. Just like the electron is smeared out over an increasingly large region of space, or the rack is broken on the pool table, the state of the qubits becomes an ever more complex changing pattern of zeros and ones. This is achieved by briefly launching the evolution program on the quantum computer. Actually, a similar degradation would occur by itself due to interactions with the environment. However, the controlled program of autonomous evolution will enable the last stage of the experiment.

Stage 3: Time reversal. A special program modifies the state of the quantum computer in such a way that it would then evolve “backwards,” from chaos toward order. This operation is akin to the random microwave background fluctuation in the case of the electron, but this time it is deliberately induced. An obviously far-fetched analogy for the billiards example would be someone giving the table a perfectly calculated kick.

Stage 4: Regeneration. The evolution program from the second stage is launched again. Provided that the “kick” has been delivered successfully, the program does not result in more chaos but rather rewinds the state of the qubits back into the past, the way a smeared electron would be localised or the billiard balls would retrace their trajectories in reverse playback, eventually forming a triangle.

The researchers found that in 85 percent of the cases the two-qubit quantum computer indeed returned back into the initial state. When three qubits were involved, more errors happened, resulting in a roughly 50 percent success rate. According to the authors, these errors are due to imperfections in the actual quantum computer. As more sophisticated devices are designed, the error rate is expected to drop.

Interestingly, the time reversal algorithm itself could prove useful for making quantum computers more precise. “Our algorithm could be updated and used to test programs written for quantum computers and eliminate noise and errors,” Lebedev explained to SFcrowsnest.

Science fiction author Stephen Hunt recently deployed a novel method of time travel in his SF book ‘Mission to Mightadore‘, which involved accessing a parallel dimension where time’s arrow flows backward and traversing that space at an accelerated rate – a notion which was recently backed up by actual groundbreaking research into the field. 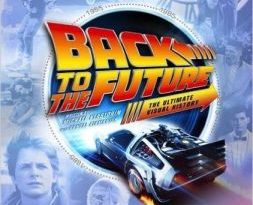 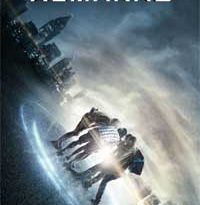 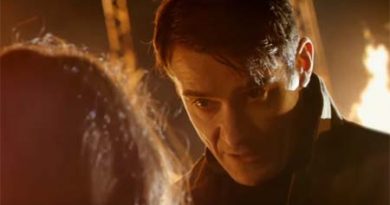 Brannon Braga on the Terra Nova that never was.