It’s amazing how things have changed over the years with SF robot stories and I blame a lot of it on nanotechnology, even if it’s only in its nascent stages at the moment in our reality. It isn’t big robots that will take on mankind but the little fellas with gestalt intelligence when they link up. Personally, I’m not that sure if that would make them much smarter. After all, the difference between a computer and a robot is the latter is mobile and artificial intelligence and the latter still has a long way to go. You would need to link a lot of them together just to get the amount of RAM needed to operate all their brain power together. AI will also only be as good as the people who program it and if the errors that come up as often as with other software, I’d worry more about the people than the AI. Nevertheless, robots wanting to assert themselves is still a fear amongst people or books such as these wouldn’t be bought.

As you should see from the title, ‘Robot Uprisings’, this is an anthology of seventeen stories, twelve of which were written for this collection, covering this topic. In many respects, I tend to see such fiction as a means for the anti-tech SF writers to vent their fears. I should point out that not all of these robots are out to conqueror the human race. They are often out to do their orders as told or assert their own presence with humans getting in the way.

Picking out the stories that appealed to me here, let’s start with Scott Sigler’s ‘Complex God’. Petra Prawatt’s has created some miniature robots that can reproduce more of themselves, create complex but small shapes when required and all in the need to sort of radioactive areas. It’s when she takes a politician into a reclaimed area that things start going wrong. What makes this story work and stand out is less about the robots and more about the political ramifications and funding that is being discussed while all of this is going on.

Ernest Cline’s ‘The Omnibot Incident’ is a touching story of a boy in the 1980s given a toy robot which turns out to have artificial intelligence. Told from his perspective, it has a nice twist. Cory Doctorow’s ‘Epoch’ has an AI played out in front with the big boys as it communicates across the net and causes all kinds of problems for the corporation that created it. Although I’m less sure about the solution, mostly because it’s been done before, it is still a satisfying read.

‘Human Intelligence’ by Jeff Abbott is more traditional showing the robot intelligence having taken over and trying to work out how a group in Austin, Texas beat them back. It coerces a former CIA agent to find out by going there but he has his own agenda. An expected twist at the end but I haven’t seen it being used for some time.

I’ve read and reviewed Alastair Reynolds’ ‘Sleepover’ before. Although it’s a good choice to include in this anthology, it’s still just a shame that after all the great build-up with AIs not telling humans how smart they were that the ending couldn’t have been sharper.

A rather unusual contribution here is the late John McCarthy, as in his normal career he created the computer language Lisp, contributed to the creation of the Internet and developments in artificial intelligence. His story, ‘The Robot And The Baby’ isn’t the best piece of prose I’ve ever seen but the dilemmas with a robot obeying orders from a mother to look after her baby and its solutions together with social reaction makes it a worthy read.

There’s a fair bet that there’s enough stories in this collection to match everyone’s tastes. The editors were clever enough to give sufficient variety that uprisings didn’t always mean the end of the human race. I think you’ll find a few surprises here but I don’t think they’ll prepare you for a real robot uprising. 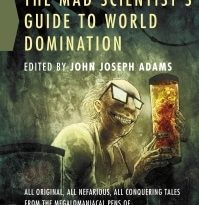 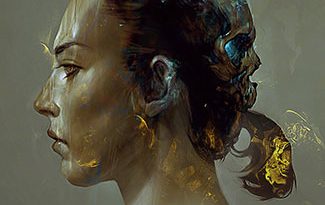 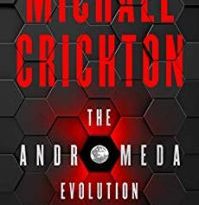