Rowan J Coleman is here to look at Red Dwarf, possibly both the best and worst scifi TV comedy to creep out of the UK?

In the first episode, set in the late 21st century, a radioactive leak kills everyone on board the starship Red Dwarf save Dave Lister, who is in suspended animation for smuggling a cat aboard. Frankenstein’s cargo compartment is safe for him. Holly, the ship’s computer, puts Lister in stasis after the accident and keeps him there for three million years. Lister becomes the last human in the universe, albeit he’s not alone on the spacecraft. Holly brings back Lister’s failed bunkmate and employer, Arnold Judas Rimmer, as a hologram. The last of a race of humanoid felines that evolved in the ship’s hold from Lister’s pregnant cat joins them.

After three million years, only Lister and his pals remain from Earth. Since there are no aliens, the team encounters temporal aberrations, faster-than-light travel, mutant sicknesses, and strange Earth lifeforms. The humour comes from the characters’ interactions, notably Lister and Rimmer. 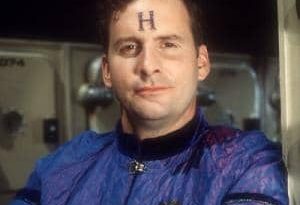