After the phenomenal ‘Ancillary’ trilogy, how could Ann Leckie hope to live up to expectations with ‘Provenance’? It’s a tough job but she does it with style, giving us a tale that is related to the other three books and set in the same universe as her Radchaai Empire, but is different enough to stand on its own and exude a distinct charm that does not rely on its predecessors.

Within a couple of pages, I was captivated by the elegant writing and satisfyingly original setting of this new book, where Ann Leckie has given as much thought yet again to manners, clothing and relationships as she has to technology. Ingray is a member of a powerful political family on the planet Hwae and is determined to make a name for herself, outdo her competitive adoptive brother and impress her adoptive mother. Her plan is audacious, though not very well thought through, leading her to arrange for notorious art thief Pahlad Budrakim to be sprung from prison so that she can find out where he hid the priceless artefacts stolen from another of Hwae’s leading families. Right from the start, the wonderful details of this civilisation shine though.

The scrupulous politeness, the formal dress code of sandals and lungi and the extraordinary importance the Hwaeans put on their historical artefacts known as vestiges. The provenance of the stolen vestiges and the identity of the thief are soon brought into question, causing Ingray to question her own identity and place in her family, as well as the significance of her culture’s adoration of important vestiges and the very foundation of their civilisation’s history. This mixture of ancient, traditional values along with advanced technology is fabulous and is one of the things that also gave the ‘Ancillary’ books their unique feel.

Several more incidents soon muddy the waters for Ingray: a ship thief, an archaeological expedition from a nearby star system with possible political motives, an alien ambassador en route to an inter-species conclave and a murder. The involvement of humans from several different cultures as well as the utterly alien Geck allow for many social customs and linguistic differences to come to the fore, adding further nuances to the ever-deepening plot. For the most part, the tension and intrigue stems from ever-so-polite political and familial wranglings but there’s drama, too, in the form of escapes, kidnappings, invasions and bulldozers.

There are injections of reality, too, as in Ingray’s inability to keep her hair up with hairpins, a concern no matter what else is happening. Ann Leckie does a fine job of making her characters believable, their interactions realistic and their stories compelling. There’s a great balance of the personal tales and the wider political and military background that give the whole book a well-rounded feel.

The size of this setting has become more apparent in this book where the Radchaai Empire is thought of as something rather distant, whereas in the ‘Ancillary’ books it seemed to encompass a vast area. Ann Leckie evidently has Jack Vance’s skill of creating unique and surprising societies and cultures and I am hopeful that there will be more to come in the future. 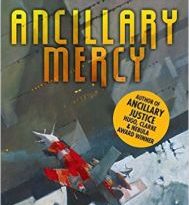 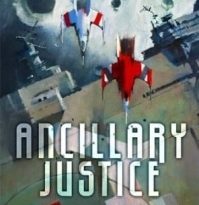