As revealed in an article last month, ‘On Spec’ is in peril of its life after losing funding from the Canadian Arts Council. The nice reviewer who loves short fiction and wants all the magazines to prosper is therefore tempted to shout its merits from the rooftops yet honesty must prevail. Happily, the two motivations are not mutually exclusive. In all honesty, this is another fine issue. ‘Endless’ by Tina Callaghan features Rob Gladney, a horse trainer on the verge of bankruptcy with one good steed who might save the day, until a fool on a quad bike scares it into the sea and it drowns. Fortunately, another horse may take its place. ‘Endless’ is a low key, realistic tale with the fantasy element quietly hinted at rather than banging you on the head. There is a trend towards this nowadays. Is it because there are no markets for literary fiction and you have to give it a whiff of the fantastic to sneak into a genre magazine? Perhaps. It was okay.

‘Sin And Toil’ is solid Science Fiction. A man lives a life of lonely, hard toil preparing a home for his wife and children. He’s on another planet, terraforming on a small scale. They’re back on terra which is experiencing environmental catastrophe. There’s a clever premise behind it that I won’t spoiler. I suspect a strong element of wishful thinking in it from author Brent Knowles – make them pay! – but the story is neatly done.

‘Nennorluk Goes Down Deep’ by Chris Tarry was so good it overcame my dislike of things written in the present tense. Alcoholic Sammy is down but not quite out, living in a hostel with a friend named Gus and making his unemployment money last nearly all week. A former fisherman, he manages to get the odd shift on boats now and then in Newfoundland. When a so-called sea monster is washed ashore he obtains a berth hunting the beasts. This quiet, gritty tale of a working man who’s hit bottom will resonate with working men. The writer is this month’s author interviewee.

One of the things that distinguishes ‘On Spec’ from its competitors and perhaps justifies arts funding from the local government, is the Canadian flavour. Chris Tarry’s story has a Newfoundland fishing background. Past issues have featured ice hockey players, Eskimo legends, native Indian mythology and so forth. ‘Runt Of The Litter’ by Chadwick Ginther features Loki and some jö tunn, shape-shifter descendants of the God of Mischief. They are sometimes giant, sometimes wolfish. Grim is the smallest member of his family- hence the title – and is not best pleased when ancestor Loki comes to stay at his apartment in Winnipeg, drinking his beer, smoking his cigarettes and generally making a mess. Things get worse when Grim’s big brother comes hunting them both. The Aesir are not Canadian, of course, but the sense of northerness is apt.

‘Gauntlet’ by Shedrick Pittman-Hassett is a straight Science Fiction adventure story. Lou is a courier and has been hired to take some cargo from Rosell to Redosa as quickly as possible. She cuts through the Gauntlet, a dangerous area between the two Metrozones which is irradiated and full of mutants. Her useful tracked and well-armed vehicle is nicknamed Roger. They are attacked. This enjoyable, well-crafted ripping yarn might have been stretched into a short novel with a few more sub-plots and could even make a decent B-movie of the straight-to-dvd sort.

‘Moron’ is set on a rural farm where Paw whups you good for telling lies and Maw makes decent apple pies. Shucks! Junior is mute but telepathic and can detect gold underground but only his older brother, our narrator, knows it. Author Davyne DeSye does that ol’ country dialect pretty durn good but the plot don’t amount to much. Pleasant enough but not a real humdinger of a yarn.

‘Unforeseen Soup’ is Dave Cherniak’s third published story and, according to the author notes, he is tired of the deluge of rejections and may self-publish his eight novels and short story collections as e-books. Me, too, Dave. Those accursed editors always reject the ones you love best, don’t they? Good luck to you. ‘Unforeseen Soup’ is a black comedy about a town in conflict with two sisters over the ownership of Bubbly Brine, a delicious drink. Lavish with layers of alliteration, Dave’s punchy prose powers this fascinating fairy tale to a fulfilling finale. He has a marvellous way with language and the plot ticks along nicely. I enjoyed it.

I enjoyed most of the stories, as usual. ‘On Spec’ is distinctly Canadian, definitely literate, encourages new talent, sometimes features translations of Quebecois stories and is well-designed to boot. It seems to me to be a perfectly apt recipient of the Canadian Arts Council funding but that boat has sailed, apparently. Perhaps the future lies in electronic publishing. I wish it luck. 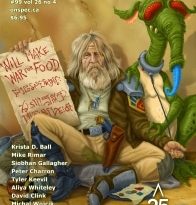 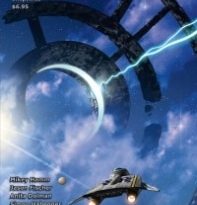 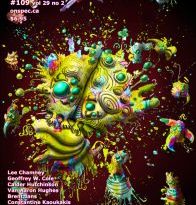