Majipoor is a huge planet where humans, aliens and natives live together, not always happily, and is the creation of Robert Silverberg and the setting for several of his novels,. The original inhabitants are the Piurivars, shape-shifters who seemed content to share the world when humans arrived. Over time, other aliens have come, the tentacled Vroons, reptilian Ghayrogs and the large four-armed Skandars. For centuries, Majipoor has had joint rule by a Pontifex, remote in his subterranean labyrinth and a Coronal who takes a more active part in government. When the Pontifex dies, the Coronal ascends to that rank and chooses his successor. Majipoor has a long, complex history and is a great fine for tales of fantasy. Here are some. ‘The End Of The Line’ is not only a great song by the Travelling Wilburys but a fine story by Robert Silverberg. Stiamot, a trusted official in the court of Coronal Lord Strelkimar, has been sent to Domgrave, the biggest town on the continent of Alhanroel, which the Coronal has decided to include on his grand processional tour of the land. Stiamot’s job is to prepare the way. As in mediaeval times on Earth, the locals have to play host to the visiting lord. Stiamot has lately been concerned with reshaping policy towards the shape-shifting Piurivars and the aboriginal species of Majipoor who have been largely supplanted by Earthmen and co-exist uneasily. Complications ensue when he tries to make contact with them. A very good opening story with a neat twist.

‘The Book Of Changes’ is about Aithin Furvain, a minor noble, set for life with a decent stipend and who has a gift for lightweight poetry but in mid-life starts to wonder if he should have done more with his talent. Sure, he can knock off a clever rhyme at the drop of a hat and astound his friends but they are all trivial. This is somewhat autobiographical as young Silverberg could knock off two short stories a day to fill magazines in the 1950s and earn his keep but later wanted to get more meaningful. It’s character driven as the plot is merely a frame for the thinking. As a story, it’s not exciting but as a meditation on art it’s interesting.

In ‘The Tomb Of The Pontifex Dvorn’, Simmilgord, a nice learned young man who has always been enthralled by that historic ruler of Majipoor gets to study his pet subject up close. Clever for a farmer’s son, he obtains a professorship at a minor university and assumes that will be the extent of his achievement but is suddenly offered a post at the tomb of his hero. The politics of academia feature large here, as the big shot bureaucrat steals all glory. Again, it’s an interesting look at different characters in a certain situation.

‘The Sorcerer’s Apprentice’ is a callow youth madly in love with the sorcerer, a lean woman who gives him the blues by ignoring his attempts at romance or even punishing him for them. Good characters again and quite amusing as unrequited love always is, as long as it’s not you.

Ghambivole Zwoll, many tentacled person of the Vroonish race, is a sorcerer in Bombifale, a town where trade has slumped lately after what was a golden age. In ‘Dark Times At The Midnight Market’, things improve for him when a fairly important male noble comes in and wants a love potion in order to snare a very important lady. A neat plot and a clever ending make this very like the work of that glib old Silverberg who turned out two stories day in the 1950’s. I rather liked him.

‘The Way They Wove the Spells In Sippulgar’ is too long for the content but still a pleasure to read. Silverberg’s prose is always a pleasure and usually a master class in writing as well. Here a businessman investigating the presumed death of his brother-in-law, travels a long way to do so, for he loves his wife. A practical soul, he doesn’t believe in demons and so forth but that seems to be what’s afoot. It was okay but the dramatic irony of the subject not knowing what is clear to the reader perhaps goes on too long.

‘The Seventh Shrine’ made me feel like a wedding guest at Cana. Silverberg was saving the best ‘til last. A renowned archaeologist has been murdered while investigating the ruins of Velalisier, the ancient sacred city of the shape-shifter native to Majipoor. Pontifex Valentine, bored as usual with life in the Labrynth, decides to take his entourage and investigate personally. This is a detective story with many insights into the history of Majipoor and the mysterious Piurivars. At eighty pages, it’s virtually a novelette, which is Silverberg’s favourite length for a fantasy story. Like his idol, Conrad, he does them well.

Tales set in Majipoor might have been a more accurate description of this book. Some of the stories might have been set in any fantasy world and some of them could have been done in ours. Problems with aboriginal peoples, the writer wondering about his worth, the historian and archaeologist being bullied by bureaucrats, to name three, are all themes capable of mainstream treatment. But fantasy is where Silverberg has set his stall and Majipoor already exists with a rich background, so he put the stories there. Why not? They are certainly not diminished thereby and the setting gives him scope for more invention of landscapes, flora, fauna and history to decorate the plot. He’s good at that stuff. He’s good at everything authorial and this is a fine, entertaining collection and a good introduction to Majipoor. It will give the reader a chance to size up that large world before embarking on one of the large novels set there. I haven’t read them myself but I was impressed enough with the characters in the last story to consider getting Lord Valentine’s Castle and maybe the others, too. 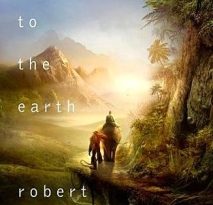 X marks the spot until I come up with a better name with the new SFC.