The one thing that persists in director/co-writer Darren Aronofsky’s cinematic arsenal is his innate ability for conveying sturdy and perplexing character studies at the center of his stories no matter how small or large. In the biblical epic ‘Noah’, filmmaker Aronofsky provides a magnetic scope for his imaginative take on one of the Bible’s heralded seaman and his trusty Ark. The childhood saying of ‘rain, rain go away…come back another day’ certainly takes on a whole new grandiose meaning in Aronofsky’s powerful, Bible-thumping boating blockbuster. In short, ‘Noah’ skillfully rocks the boat and does justice to the legendary Holy Book’s flooding fable at the request of God’s willingness to cleanse the problematic planet with the wicked ways of creating massive waters. Aronofsky, responsible for other penetrating character studies that padded equally compelling expositions in calculating fare such as the lauded ‘Black Swan’ and ‘The Wrestler’,  oversees a challenging and colourful scope in ‘Noah’ that incorporates visual vitality and maintains a spiritual constitution that grabs the audience collectively into an escapist submission. Aronofsky and co-scriber Ari Handel deliver an energizing narrative that sizzles in its wonderment. It certainly helps that ‘Noah’ boasts some Oscar-winning big screen brass in the likes of lead Russell Crowe, Jennifer Crowe and Sir Anthony Hopkins. Nevertheless, ‘Noah’ never loses its soul or substantive drive about mankind’s ‘ultimate wake-up call’ in an ancient tale that seems to never get old courtesy of Aronofsky’s ponderous action and adventure spectacle about a Chosen Man called to duty by the Almighty. Basically, ‘Noah’ is forceful and favorably captivating in its striking skin.

Crowe gloriously shines as the bearded family man Noah, a conflicted individual for whom the Creator selects to carry out his mission in order to shake up the earthly sins of man. Specifically, Noah is to build an Ark and ensure the safety of every species in pairs. Noah is a man of faith and determination but the burden of following the Creator’s rule book certainly takes its toll as he is called upon to spare the lives of these inclusive and valued beasts while the punishment of a destructive flood awaits the sinful hearts of deceitful humankind. Among Noah’s kinfolk include his wife Naameh (Jennifer Connolly) and sons, Ham and Shem (Logan Lerman and Douglas Booth). Also included in the familial mix is Noah’s grandfather Methuselah (Anthony Hopkins). The orphaned and lovely Ila (Emma Watson from the ‘Harry Potter’ film series) is an ‘honorary’ family member of Noah’s clan, in this case the love interest for his son Shem. The sacrifice of preserving the Earth’s creatures at the expense of man’s deception is a tough one to uphold psychologically for the noble Noah but he is a man of his word and the custodian of God’s commitment to combat humanly heartlessness.

The epitome of the Creator’s reasoning for extinguishing the human race gone awry is best represented by the villainous warrior king Tubal-cain (Ray Winstone), an opportunistic and ruthless cad that wants to save his own heinous hide and reserve a spot on Noah’s Ark at any cost. It is quite understandable that the deadly watery wipeout strikes fear and major concerns in the heart of the sinning earthlings. The eventual destruction of the devastating waves of lifeless bodies floating among the liquid ruins is both chilling and strangely poignant.

By no means is ‘Noah’ without its showcasing of flaws. The intermittent visual murkiness and ecological messaging is occasionally distracting and the heavy-handed pathos about the biblical times of human corruption and strife is about as long in the tooth as one of Noah’s giraffe’s lengthy necks. Still, ‘Noah’ does soundly echo the religious and ethical sentiments of its profound conviction for the state of cynical man’s inability to conquer his societal ills, something that universally resonates regardless of ardent Christian believers or card-carrying atheists everywhere. In what could have been a cliched and overstated preachy production, Aronofsky is resourceful enough to turn the tables on his pious popcorn pleaser and sprinkle in some comprehensive edginess that tackles the emotional and mental heft of the material that stretches beyond its animated technical mystique. ‘Noah’ manages to pull off its ‘blockbuster with a brain’ label with effortless panache, something of unique tactic that is foreign to a majority of big budgeted and broad-based frivolous entertainment.

Aesthetically and symbolically, ‘Noah’ triumphs because of its gripping stronghold for its biblical bonding that is refreshingly telling as Aronofsky craftily pieces together Noah’s affiliation with the Garden of Eden and insulates familiar religious storytelling with thought-provoking, immense passion. From the gospel regarding the strength of family to the philosophical quest of a heavenly calling for the greater good of the Saviour ‘Noah’ is functionally rewarding and fulfils its need as a visionary statement of redemption.

The performances are top-notch particularly from Crowe and Connelly as the tested couple engaged in an assortment of emotions and quieted rage. Crowe has his game face on and delves into a complex characterisation destined to measure his consciousness and courageousness. Winstone’s vile and manipulative alter ego Tubal-cain compliments the urgency for the Creator’s impulse to rewire a wayward world of human waste.

Sure, ‘Noah’ is far from being ‘The Greatest Story Ever Told’. In fact, it is not even the greatest story that the resilient movie mastermind Aronofsky has ever told thus far in cinema theatres. However, it is a vessel of work – much like Noah’s dependable yet claustrophobic Ark – that can hold its share against rough waters while finding a point of tranquility in its cautionary life lessons of human misguidance and mischievousness. 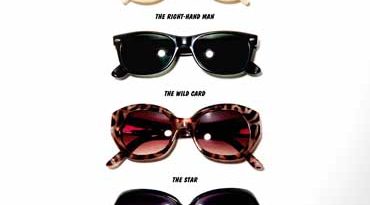 Beauty and the Beast: Emma Watson got song. 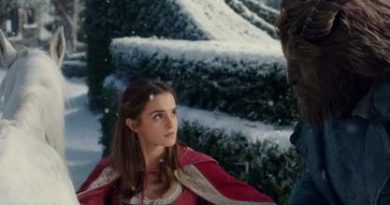 Beauty and the Beast … run, Emma, run from the Love Wookie.

Beauty and the Beast: Emma Watson got song.