What the heck, a well-made, entertaining horror film released in January 2023? Please count the Critical Drinker in. He had no preconceived notions of what to anticipate with M3GAN, so was pleasantly surprised by how well it really worked.

This new horror/science fiction movie M3GAN is certain to leave a lasting effect on viewers and usurp old horror doll icons like Chucky. The main character of the film, a robot, is a difficult to classify, complicated, and multifaceted creature. This robot is a force to be reckoned with, with a face reminiscent of a Millie Bobby Brown meets Ivanka Trump mash-up. Not to mention its/her limbs that resembled twisty noodles, which gave the movie a creepy element.

The $12 million budget was well used by director Gerard Johnstone, who used high-tech yet low-fi equipment to bring the robot to life. Amie Donald, who executes all of the robot’s acrobatic movements and co-choreographed two of the most visually arresting scenes, gives one of the best performances in the movie.

The plot centres around M3GAN’s relationship with newly orphaned child Cady and how it affects their lives. The movie’s screenplay, which Allison Williams co-wrote, is basically a contemporary retelling of the traditional Frankenstein tale.

Fans of horror should not miss “M3GAN,” which offers a novel and intriguing perspective on the subject. Fans can expect more from this exciting series, which features strong and multifaceted female characters, since a sequel is in the works. You won’t want to miss “M3GAN,” a sophisticated and exhilarating adventure that is not your normal horror movie. 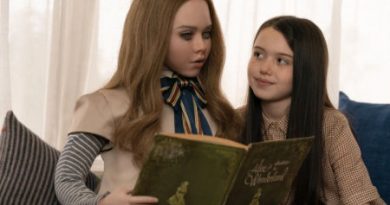