In David Zindell’s book, ‘Lord Of Lies’, our story starts six months after Val and his companions have escaped from Argatha with the Lightstone. This is a simple cup made out of golden gelstei, which is now on display in the great hall of Val’s father, King Shamesh, in Mesh.

Over the months, many people have sought audience with King Shamesh to look upon the Lightstone and to petition for its presence in their lands. At the most recent of these meetings, an emissary from King Kirritan arrives to announce the calling of a conclave, a meeting of all the kings, in Tria. He also demands to know why the Lightstone was not taken straight to Tria. There is also an emissary from Morjinn, who demands the return of stolen property.

Later, that evening, King Shamesh calls a secret counsel to discuss these matters. Many of the Valari do not want to travel so far from their own lands. Val decides that he will travel to Nar and take part in the tournament, due to begin in three days time, talk with the other kings and convince them to travel with him to Tria with the aim of forming an alliance against Morjin. If they do, Val agrees that he will then claim the title of Maitreya, The Shinning One, and claim the Lightstone for himself. After a successful tournament, the kings agree to ride with him to Tria but that is all, so Val does not yet claim the title of Maitreya.

Along the trail, Val and his close companions divert from the main group, to travel across the Wendrush in search of an enchanted isle and a special gelstei known as an akashic crystal. This contains all the wisdom of the Elder Ages from long ago. It is indeed an enchanted isle, it took them four days to row thru the mist to the isle, but only a few hours to row back to the mainland again. They saddle up and continue on their journey.

Many times on their way from Mesh towards Tria, Val and his companions have had to stand against either the forces of Morjin and his devious traps or simply the greed of dukes in the lands they pass through. Some dukes have been content to see, hold and pass back the Lightstone. Others, who want the Lightstone for themselves, are more difficult to deal with. The most recent is Duke Malam, who has been delaying them to allow himself time to amass a great army, on the outskirts of Alonia. Duke Malam thinks himself a battle-hardened warrior, but he has never fought the Valari before. Thus, many of the duke’s men are killed but none of Val’s, much to his surprise, who considers it a miracle as they were heavily outnumbered. Val and his companions continue their journey to Tria, finding that the kings have gone on ahead rather than waiting for them. Val speaks at the conclave to King Kiritan, but there is yet more danger and deceit from Morjin, so more bloodshed ensures. You will have to read to book to find out what happens next.

The second story, ‘The Silver Sword’, ended on a cliff-hanger. The third, ‘Lord Of Lies’, starts cold, several months later, which means the story starts off very slowly. The story is overly descriptive and cumbersome, telling of what some of them now look like, what Mesh looks like in the spring sunshine, of all the different travellers to Mesh, what their armour looks like, the colours of the crest and their clothes and how special Val is. This is not a book for the impatient, it is very slow building and you have to stick with it as you can’t just read a chapter now and then and expect to get somewhere soon. Suitable for a long train ride or plane, not for a series of short bus or train rides. Having said that, once it does build up, it becomes an express train and you find the pages turning more and more quickly as you want to find out what happened next.

This would be easy to put into a film, as it was excessively packed with such intense and minute detail of peoples clothes and the lands they are travelling through, Like a great travelogue from a seasoned traveller to a sick child, stuck at home, that has never travelled. Of the places he has been, seen and the food he has eaten. Yet there are also chapters of such graphic violence and torture, that it would not be a child’s film.

Val and his companions all have scars from their battles at Argatha. Atara was blinded by Morjin, she has now gained Second Sight and leads the Manslayer society, the loss of her eyes and the development of her Second Sight has turned her cold to the affections of Val. Maram renounced the order of The Brotherhood and has taken up the sword as a Valari knight. All had expected great things of the Lightstone.

Now they have the golden gelstei, they each feel a little empty and having read the book. I wonder who rules the kingdoms when the kings are away?

Morjin is a very cleaver, cunning, devious person, so there are many traps of different types along the way, many surprises lurking round the next corner or in the next chapter.

I have a few gripes about this book. The cliff-hanger from issue 2 is not resolved, the story just opens six months later and the reader is expected to catch up, via snippets here and there. Zindell’s excessive detail and me being cynical thinks he’s padding the book. I do not like the amount of detail but, I just say it would make it easy to film. The ending is not effective, matters are not resolved and as it does not end! It just goes off on another tangent and stops, unresolved. Usually, the final part of a trilogy pulls all the plot threads together and resolves the conflict, this does neither!

If I were to compare ‘Lord Of Lies’ with anything then I would compare it to the season of ‘Dallas’ (the original series) where a whole lot of things happen, and then the next season we have Bobby waking up in the shower and it was all a dream. The previous season was made pointless (as it didn’t happen). Half-way through this third book, the story changes. TOTALLY!! Thus making the previous two and a half books pointless!! This is what makes me soo angry!! The waste of time and energy spent on the 3 volumes. It is as if the writer ran out of steam and the last half of book three was written to get to the page count, with no reference to the previous story line, as it goes totally off course. I was very disappointed. 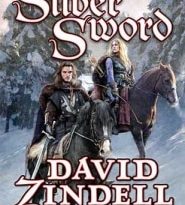