‘Living Memory’ by David Walton is the first in a series of near future novels about maniraptorans, dinosaurs that are birds or closely related to birds. 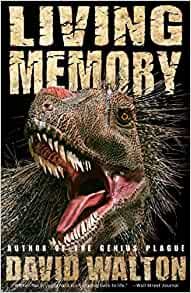 Pak with his brother, Nikorn, secretly digs up a dinosaur skeleton to sell on the Thailand’s black market. They end up releasing a green liquid that is stored with it, which makes them hallucinate a real live maniraptora. Pak, while trying to defend himself from the dinosaur, accidently shoots his brother. He cannot go back home to face his family. Instead, he joins the Red Wa, a drug-dealing, sex slave supplying and smuggling organisation. They have an interest in the dinosaurs because the smelling the green liquid makes people do as they say.

Samira is an American archaeologist leading a dinosaur dig in Thailand, when there is a military coup. The new regime has ordered Americans to leave the country. She just has enough time to use ground-penetrating radar to discover ‘27 distinct skeletons, all orientated the same, arranged in neat rows’. The only reasonable explanation is that the dinosaurs had developed into a co-operating society. She packs what she can of the fossils to ship to America for further research. But the regime is also interested in the fossils for the same reason Red Wa are and their ally, China, wants more of the green liquid.

The Thais arrest Samira and her foreign team, accusing them of spying for the Americans. So begins an action thriller for control of the green substance.

What of the mysterious green liquid? It had been produced by the maniraptorans to record their memories and replay them using the sense of smell. This is what causes the hallucinations. The green liquid has secondary purpose that is revealed in the thread of chapters about when the dinosaurs were alive. Their society is organised around what their finely attuned sense of smell can do and what their bodily scents message.

My reaction? The scent-based dinosaur society is a lovely idea, except I kept on waiting for them to catch a cold in H.G. Wells’ fashion (‘War Of The Worlds’). It did not happen. David Walton builds a fascinating saurian society that has sensibly extrapolated the implications of using smell as a communications means. I rather liked how multiple conversations are handled: ‘There was no need for speakers to wait in turn in order to express their opinions; the conflicting scents mixed and commingled, growing as each idea was received with agreement or objection, approbation or disgust.’

What about the near future action thriller part? It is a fun clichéd romp, its lightness nicely contrasting with the horror the maniraptorans find themselves in.

The ending is disappointing in that it leaves too many loose ends and unanswered questions. The reader will have to wait for Book 2 in the series to see what happens next.

‘Living Memory’ is worth reading for the ideas about what a society would be like if their main communication method relied on the sense of smell. It is sophisticated and well thought out, even if the dinosaurs do not have colds. 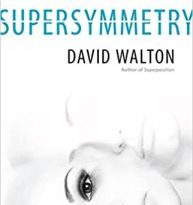 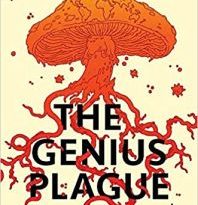 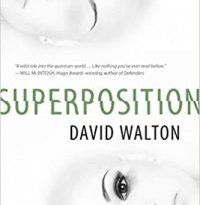 One thought on “Living Memory by David Walton (book review).”