I haven’t read any of DC’s ‘New 52’ material yet but there was a need to see what changes had been made to Element Lad for an article I’m preparing. As there are two ‘Legion Of Super-Heroes’ graphic novel releases from the big change over, dividing the team, it made sense to read them both to get a feel for the overall changes.

With ‘Legion Lost: Run From Tomorrow Volume One’, eight legionnaires have travelled into the past to catch global terrorist Alastor Aghini Faud who has unleashed a deadly pathogen that can affect metahumans. Things aren’t helped by both time bubbles being destroyed and their flight rings and other future equipment won’t function, which also limits the number of legionnaires who can fly. They also have to be careful about not only contaminating the past but also any metahumans that are around, so no good going to Superman for help. This pursuit is drawn from the first seven issues of ‘Legion Lost’ and looks like it’ll continue to at least another volume yet, so this team of legionnaires are going to be stuck for some time yet. This should allow for them to have some character development on their own and it looks like both writers, Fabian Niceiza and Tom DeFalco are going the angst route, at least with Wildfire aka Drake Burroughs over being an energy being and Dawnstar for not like being back in the polluted past. Whether this will change over the issues, remains to be seen. The balance might have been better had Gates been around more because he seems a lot more cheerful. I do like the idea of Tyroc having what appears to be timpani drums on his chest to enhance his sonic abilities, even if he’s tending towards sounding (sic) a bit like Marvel’s Banshee/Syren these days. Then again, Timber Wolf is acting a little like Wolverine, too.

Going back to Dawnstar, I was puzzled by how she could be affected by the atmosphere pollutants though. I mean, this is a lady who can fly in space without a spacesuit. Well, at least in all the other LSH variants, although she does appear to be wearing an invisible malfunctioning protection suit here. Likewise, Wildfire can open his helmet visor and show a face here as well, which is also different and Tellus now has legs rather than a tail. I just wish that Timber Wolf had a revision back to his features as designed by Dave Cockrum back in the early 1970s which suited him far more than looking like any old human. Granted, this also made him look a little more Wolverine-like in features but this also pre-dated that look and it’s a shame that is forgotten.

An interesting idea and really needs to see where this book will go. 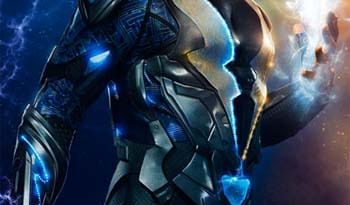 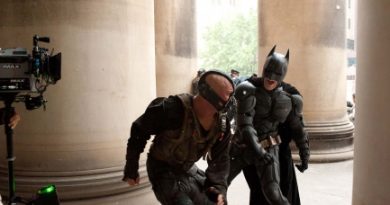 The Art And Making Of The Dark Knight Trilogy by Jody Duncan Jesser and Janine Pourroy.

The Art And Making Of The Dark Knight Trilogy by Jody Duncan Jesser and Janine Pourroy.