The latest issue of ‘The Zombie Times’, dated October, is another round up of everything that’s new in the world of the undead.

My two main highlights in this issue are interviews with zombie horror authors Charlie Higson and Sam Stone. Charlie Higson is probably best known to most of us from his TV work with Paul Whitehouse on ‘The Fast Show’. He is, however, multi-talented and in recent years has added being a novelist to all his previous occupations. The interview focuses on the writing of his current series of zombie novels for young adults. I’ve read one of them so far and it was extremely enjoyable. The interview is accompanied by a review of the latest book in the series, called ‘The Sacrifice’. After reading the review, I was very tempted to go straight out and buy the book. Higson is a talented writer, not just a celebrity pretending to know how to string a sentence together, so if you’re interested in zombie novels you should have a look at this series.

The other interview is with horror author Sam Stone who has recently released ‘Zombies At Tiffany’s’, a novella which imagines a zombie outbreak in New York during the American Civil War. I reviewed the book here a couple of months ago, so found it very interesting to read Sam’s explanation as to what the inspiration was behind this particular story. There’s also some information on what she’s writing next, so if you’re a Sam Stone fan, this is an interview you’ll want to read.

Two other items caught my eye. ‘Zombie Apocalypse! Fightback’ is a mosaic novel created from fictional essays, reports, transcripts and letters written by different contributors. It is the second in a series created by multiple-award winner Stephen Jones and looks to be well worth investigating. On the final page of the newsletter, there’s an item on the first issue of ‘The Walking Dead: The Official Magazine’. If you’re a big fan, either of the graphic novels or the television series, you’ll want to check this out.

On top of all of this, there’s the usual mix of articles about upcoming zombie films, DVDs, games, festivals and the like. All in all, this is another useful newsletter from the guys at Terror4fun. 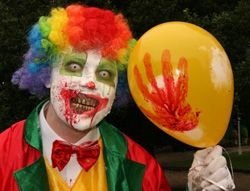 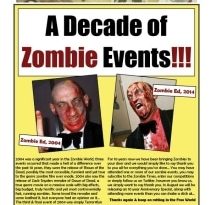 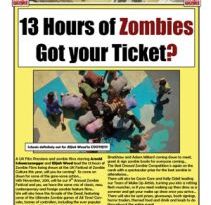