The arrival of a new ‘Revelation Space’ book from Alastair Reynolds is always quite an event and this is no exception. ‘Inhibitor Phase’ is intended to be readable as a standalone novel but, of course, there’s always more to appreciate about the story if you’ve read the other related books.

The background is the same and some of the history and characters from earlier books are mentioned, but this is a new story that revels in the dark and apocalyptic universe of Revelation Space. 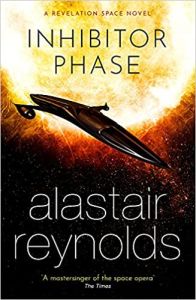 Several centuries from now mankind has spread out into numerous star systems and enjoyed a golden age of colonisation, only to encounter the Inhibitors, known colloquially as wolves. These implacable, inorganic entities have set about systematically destroying everything that mankind has built until, at the beginning of this novel, humanity exists in small, isolated pockets scattered among the stars.

Miguel de Ryter is the leader of one such colony, buried beneath the surface of an out-of-the-way planet and attempting to remain undetected by the wolves. From the start of the book the existential threat posed by the enemy is palpable, forming the backdrop to every aspect of the colonist’s lives. Their hard-won survival is threatened by a new ship arriving in system, an arrival that could trigger the interest of the wolves.

This event launches Miguel de Ruyter on a mission that grows and develops from an act of redemption to rediscovery and retribution. It’s a relentless, persuasive journey that constantly maintains a level of tension and claustrophobia as the promise of a weapon to defeat the wolves begins to offer a desperate glimmer of hope.

The books in the ‘Revelation Space’ series provide a constant stream of new technologies and concepts and this one is no exception. Long time periods are involved in interstellar crossings so that some individuals spend years or even decades in ‘reefersleep’ and some of them are also artificially augmented in various ways. This means that the lifespans of some characters span centuries, during which time constant improvements in technology arise. Weapons, ships and other technologies always have something extra to add, plucked from Alastair Reynold’s mind and given gritty, dramatic life by his inexorable prose.

There are ancient alien civilisations, too, which add to the multiple layers of history, technology and tragedy. Some of them, like the planet-wide intelligences known as the Pattern Jugglers, are so incomprehensibly alien that communication is vastly uncertain and relationships are ambivalent at best. There is nothing of the conventional space opera in these books, but there is plenty of imagination and profundity.

The other thing that you always know about a ‘Revelation Space’ novel is that nobody is as they seem. There is always a murky past, sometimes deliberately hidden, sometimes supressed in some way or there is biological, biomechanical or physiological quirk that makes the character something other than they appear. Miguel de Ruyter is no exception and neither is Glass, the woman whom he accompanies along the way. You’re kept guessing about their pasts, their relationships, loyalties, secrets and memories. Are they genuine? Are they reliable?

Is anything that they say true or is it only partly true or has some highly significant fact been glossed over altogether?

This is a giant, interstellar puzzle of a novel, where artefacts, skills, people and technologies must be gathered together from all over human space and beyond if mankind is to have any hope of defeating the Inhibitors. It’s a puzzle that will keep you immersed from beginning to end. 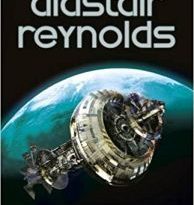 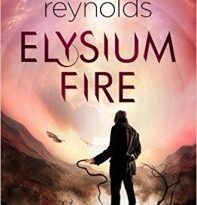 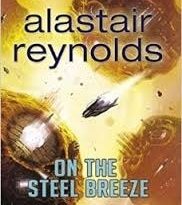