‘The Runestaff’ picks up where ‘The Sword Of The Dawn’ left off, with the chief protagonists, Hawkmoon and D’Averc, sailing back to Europe after their adventures in Amarehk. Rather quickly, they are attacked by sea monsters, driven towards a mysterious island in the ocean and then redirected back to Amarehk by an Orkneyman by the name of Orland Fank. He explains that, like Hawkmoon and D’Averc, he is also a servant of the Runestaff and, that in some mysterious way, the Runestaff itself is drawing events towards their conclusion. Of course, the leaders of the Dark Empire of Granbretan have plans of their own, though not necessarily all in accord with one another. While Shenegar Trott confronts Hawkmoon, on the orders of the King Emperor Huon, Baron Meliadus has a personal grudge against Hawkmoon and eventually decides that he will be better placed to destroy Hawkmoon if he kills Huon and replaces him with a figurehead queen in the form of the Countess Flana. Plans within plans indeed.

At face value, quite a lot of what’s here feels familiar, even derivative, but it’s important to realise that Moorcock got here first in 1969. Pretty much everything about Granbretan feels like the ‘Warhammer: 40K’ universe, from the perpetual state of war through to the masks and armour worn by nobles and soldiers alike. Again, the dynamic between the castle-bound immortal king-emperor Huon and the military leader Meliadus has something of the relationship between the Emperor of Mankind and Warmaster Horus. On the other hand, while Moorcock is often credited with introducing the whole ‘order vs. chaos’ axis into fantasy literature, the ‘Hawkmoon’ series of novels are a good deal less ambiguous than some of his other works. So even if the setting feels very Warhammery, Hawkmoon, D’Averc and their allies are very much the goodies while Granbretan is entirely evil in everything it does.

Still, in other ways ‘The Runestaff’ feels very much of its time and particular to its place of origin as well. The very idea of Granbretan (Great Britain) as the major world power might have been plausible had the novel been written in the mid-19th Century by HG Wells, but in 1969 must have seemed as ridiculous as it does now. Similarly, the many puns used throughout the book for things like place names and especially ancient gods are probably less obvious than they were a half century ago. Quite why Harold Wilson would have inspired Aral Vilsn the Roaring God is not at all clear, but there’s still some charm to the very idea of Meliadus as the Baron of Kroiden, ie Croydon, a rather unremarkable suburb to the south of London.

Again, this sort of ironic punning wasn’t lost on British writers and is perhaps best remembered now in its use by the many writers featured in the weekly comic ‘2000AD’. The various tower blocks that featured so heavily in most of the ‘Judge Dredd’ stories were often named contemporary figures and events. It’s perhaps characteristic of the British approach to fantasy that world-building is often introspective rather than imaginative, whether we’re talking about Tolkien, Moorcock or their successors.

‘Hawkmoon: The Runestaff’ wraps up the story of Hawkmoon tidily and, while the character himself would be used again, we leave the Granbretan universe with a degree of optimism, uncharacteristic of Moorcock in general. The new queen, Flana, hopes for a better future even if she foresees the decline of Granbretan itself; Hawkmoon looks forward to being a father and the balance between Law and Chaos is finally resolved, the protagonists understanding that it is Justice, rather than Law itself, that needs to be striven for. 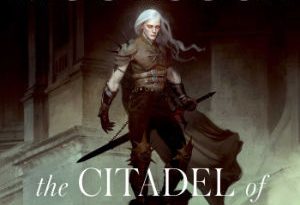 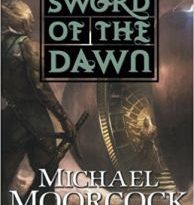