The noble attempt in trying to put a fresh spin on the haunted house horror genre may be a futile gesture at best. In fact, the familiarity of such consideration is equally overwrought for both low-budget independent productions as well as extravagant high-minded Hollywood spook-induced vehicles. Nevertheless, director Mac Carter serves up his feature debut in the grainy but chillingly satisfying ‘Haunt’. Atmospheric and eerily evocative, Carter’s low-grade creep show has an indescribable charm that somehow registers with alarming excitement. Sure, ‘Haunt’ will not make anyone disregard its contemporary bloated boofest rivals such as ‘Sinister’,’ Insidious’ or ‘The Conjuring’ any time soon but it does manage to hold its own relevance as a ghostly indie scare spectacle that generates some convincing tingling on the nervous system. Although ‘Haunt’ could be dismissed as just another arbitrary entry into the gloom-and-doom cinematic sweepstakes, Carter’s little sharp-as-nails narrative does possess its brand of unique panicky personality to behold. Occasionally patchy in certain spots, ‘Haunt’ still invites an old-fashioned sense of hair-raising euphoria that smaller scale goosebump gems such as ‘Mama’ represents. Refreshingly, the fear factor in ‘Haunt’ is not mainly consistent of over-indulgent gore so much of it is reliant on its relentless twitching as a viable ghost story.

For the most part, the premise is rather typical in the showcasing of an unsuspecting family moving into a house with a questionable history attached to its horrific reputation (‘Haunt’ does deviate from this set up somewhat). The Asher clan have the misfortune of inhabiting a daunting domicile once owned by the Morellos, a family cursed with a death sentence. Pediatrician and sole survivor Janet (Jacki Weaver) lost her dentist hubby Franklin (Carl Hadra) as well as their three children as they perished within these rotten walls.  Well, Janet at least escaped the hexed household and lived to see another day. Ironically, the Ashers seem like an identical blueprint bunch to the Morellos as parents Alan and Emily (Brian Wimmer and Ione Skye) and their trio of offspring in 18 year- old Evan (Harrison Gilbertson) and daughters Sara and Anita (Danielle Churchran and Ella Harris) all settle down in the creaky property surrounded by wooded bush. Incidentally, the Ashers are well aware of their new home’s dubious histrionics (hey…all the power to them, right?).

Naturally, there are an assortment of evil spirits and other supernatural goings-on under the Ashers’ wretched roof. In particular, Evan is the one who decides to closely investigate his new home’s macabre mystique. He befriends a neglected neighbor girl his age named Sam (Liana Liberato) as she deals with her own domestic horror story at home when facing her abusive drunken father. Sam is quite intrigued by Evan’s haunted place and tries to fill him in on what she knows about its unctuous past. Soon Evan and Sam bond tightly as she finds a way to sneak into the house for many nights as a way of avoiding Daddy Dearest and to actively follow up on the ghoulish visitors that invade Evan’s shady shelter. With the assistance of a distinctive contraption that the pair stumble upon in the house, they dutifully make an effort to try and contact the slaughtered Morello family ‘on the other side’. Unfortunately, Evan and Sam tap into other dastardly encounters that resent being disturbed by these inquisitive youngsters.

Along with Carter’s edgy step-by-step direction is screenwriter Andrew Barrer’s slick and gently chaotic script that introduces what amounts to be a conventional creepy caper and turns it into something curiously intimate in its low-level intimidating mode. ‘Haunt’ feels joyously sleepy in tone and never tries to rush or browbeat its garish shadows of grimy gumption. The film stays true to its grounded roots by conveying a methodical mystery in a menacing whisper as its brand of darkness and marginal CGI special effects fit the bill within the construction of the story. In many instances, ‘Haunt’ feels like a customary throwback to horror cinema of yesteryear where the suspense builds due to one’s anxious imagination and not so much dependent on the rancid flourishes of the hedonism involved. There are intermittent lapses in the plot and some certain scenes tend to drag a bit. Still, ‘Haunt’ is a surprising breath of fresh air with its operative sedate thrills and ragged, claustrophobic look.

As the determined duo that carries the majority of the shifty shenanigans on their shoulders, both Gilbertson and Liberato are winning as the close knit curiosity seekers Evan and Sam looking to share their teen angst in a form of unconventional unity spearheaded by intrusive apparitions. Also, Weaver’s characterisation of the isolated Janet Morello is a standout revelation as well.

Sadly, ‘Haunt’ will not generate the heralded buzz as most of Tinseltown’s flashier and furious fright fare that benefit from a bigger promotional push. However, if your ideal horror ride consists of a slight, choppy-driven chiller with a wicked streak of understated genuine jolts then fine…there is a certain abandoned haunted house in the woods that is waiting for your arrival not to mention your approval. 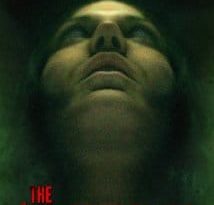 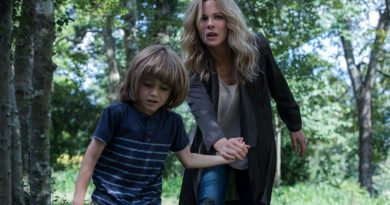 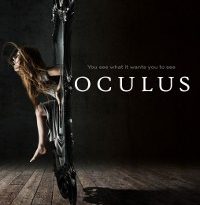 The Woman In Black 2: Angel Of Death (film review by Frank Ochieng).