Well done to Revelation Films for releasing this excellent series on DVD. Based on the original books by RL Stine, who is somewhat like a younger version of Roald Dahl, though perhaps not as prolific and versatile, ‘Goosebumps’ takes us into the realms of scary stories for children. They were written about 20 years ago and made into a TV series which ran for four seasons. On review here is the first season, which contains 20 episodes. An American production, it appeared on Fox television in 1995 but, as far as I can remember, it hasn’t been shown on mainstream British television so it’s going to be refreshing and new for most people. What’s it about and who will be watching it? Well, it’s basically about children who get themselves into scary and frightening situations, with visions of monsters and other mythical creatures, often surreal in nature, which you would encounter at Halloween. In each case, the children get themselves out of their horrors, hopefully with rescue at the end. Although this sounds a bit severe, it’s often light-hearted in nature and most children would be able to separate fact from fiction. However, it’s probably a bit too scary for younger children and I would suggest that a minimum age would be about nine or ten and with a maximum age of approximately ninety, it represents all-round family entertainment.

Production standards are very high, the acting is good throughout and it really is a polished product. No second-rate stuff here! It may be the best part of a couple of decades old but the special effects are reasonably presented and, despite the absence of mobile phones, it isn’t dated in any respect. To give you the gist of what happens, in the first episode, a teen-age girl, Carly, seems to be scared of everybody, a fact which her friends exploit. On Halloween, she enters a shop which sells hideous masks and, despite the wishes of the seller, she runs off with a particularly nasty looking mask and puts it on to frighten her friends. Unfortunately, not only does her appearance change, her character changes, too, by becoming a bit nasty. Carly, to her horror, then discovers that the mask will not come off.

There are stories involving weird cuckoo clocks, a monster librarian, ghosts, Egyptian mummies, mutants and werewolves. A really great mixture of everything you can think about, all in the first 20 episodes. Okay, so this isn’t for the little toddlers who would get nightmares. As said, it’s for more mature children able to distinguish between fact and fiction, something like fans of ‘Harry Potter’ which involves magic and wizards! If you like ‘Harry Potter’, you will surely like this!

Just in time for the Christmas market, this three DVD box set which is available through Amazon and lots of other outlets, looks to be a neat little package to merit consideration. I’m reasonably certain that if this one is a success, Revelation Films will release subsequent seasons before long. Definitely recommended! 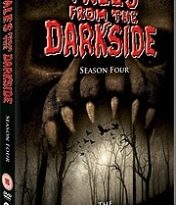 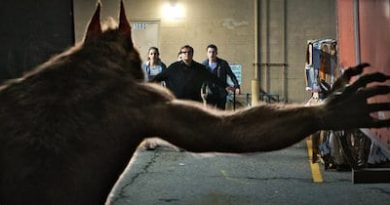