Ghost stories have been around since humans sat around fires in the winter and were haunted by the shadows cast by the flickering flames. There is a fine tradition for these stories, especially in the Victorian era when exponents such as M.R. James and his contemporaries made the popular press. As shadows have been chased away by electric lighting, the traditional ghost story has gone into decline to be replaced by more subtle or more graphic supernatural offerings. Zombies, too, have been around for a long time, even if they were not called that. Suspected witches would be buried at crossroads or face down to make sure that they didn’t rise from the grave and walk as a version of the undead. The term ‘zombie’ has an association with the cult of voodoo but, more recently the decaying, soulless bodies of the once dead have become more prevalent in fiction as just one of the hordes of undead monsters that haunt the pages of popular fiction. Rarely do ghosts and zombies inhabit the same pages. In this short novel, ‘Ghosteria Volume Two: The Novel Zircons May Be Mistaken’, they do. In case anyone is concerned, ‘Ghosteria Volume One’ is a collection of Tanith Lee’s short stories and has no contextual connection with this volume. The first part introduces us to the ghosts. There are five inhabiting the building. As far as they are aware, there are no living people there. We discover what led them to be inhabiting this place and, according to their fallible memories, why and how they died. We also get a glimpse as to what has happened in the real world. Outside are zombies. They ignore the ghosts and are no more than a curiosity to the house’s spectral inhabitants.

Though they are types of undead, ghosts and zombies are opposites of each other. The ghost is a soul without a body, the zombie a body without a soul. The scholar, the oldest in physical years but the youngest as a ghost, wonders if it is possible to combine the two.

This may only be a slim volume but it is packed with ideas and incident. It explores the natures of both ghosts and zombies as well as memory and intelligence. For something different in the supernatural line this is to be recommended. It is quick and easy to read but deserves reading twice (at least) to appreciate all the levels of subtlety that Tanith Lee has put between these covers. 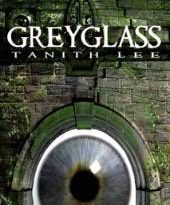 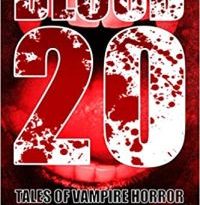 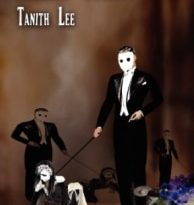