Although I’ve known of the recent Arkham Batman computer games, I’ve only recently picked up the ‘Arkham Origins’, which goes beyond the remit of this book. However, seeing ‘Asylum’, ‘City’ and ‘Knight’ here, in ‘The Art Of Rocksteady’s Batman’ by Daniel Wallace, I can see the roots of the artwork used there. When Rocksteady were commissioned to create these games, they wanted to do it right and employed writer Paul Dini and artist Jim Lee to ensure that they them on the right track for direction and mood. What you have here is a book illustrated with designs from the ground up from buildings to characters and a heavy dose of weaponry and vehicles that came from this and from the Rocksteady team. If you’re too busy playing to look close-up at any of this, then this book will allow you this at your leisure and see all the work that was involved.

One thing that is important about the design process for those of you aspiring artists out there is that there are a lot more designs made than are used. A lot of these pictures are shown and why some were dismissed, mostly from the game point of view of being impractical or a different direction being chosen, not because there was anything wrong with the art. Sharp pointed towers, for instance, do not go well with humanoid digital figures. A lot of this wouldn’t happen without some sort of visual to base such a judgement on. This is also the way of the commercial world of art and you have to be doggedly determined to do your best work regardless. The fact that it ended up in this book speaks for itself. Nothing gets wasted.

For those who have these three games, there is also the opportunity to see how the characters’ costumes changed and it looks like it was more to do with keeping up with the ever improving console specs which was done before moving the games on to PCs. There is even a chance to see their version of the Batmobile which still has a touch of the films’ Tumbler about it.

This book is already at a second printing which should speak for itself that there are a lot of people out there who want to see what they are playing. The mixture of graphics and final designs used in the games makes this a sure hit and it really does look like you’re on a tour of both Gotham and Arkham by night and even if you’re not into the games but into Batman, then you’re going to find a lot to love here.

Something that came up on the last page is that publisher Abrams will offer special discounts for quantity buys or for educational or fund-raising events. So, if you belong to a local group of players, you might find that worth looking into. At least that way, you won’t have to say no to lending your own copy out. A beautiful gothic book.

check out websites: www.abramsbooks.com and www.google.co.uk/search?q=The+Art+Of+Rocksteady%E2%80%99s+Batman+by+Daniel+Wallace&safe=off&rlz=1T4GGHP_enGB647GB648&biw=1268&bih=708&site=webhp&source=lnms&tbm=isch&sa=X&ved=0CAcQ_AUoAmoVChMIyMzUjb3GxwIVy1UaCh1uJgpJ (where you can see more pictures than we were allowed) 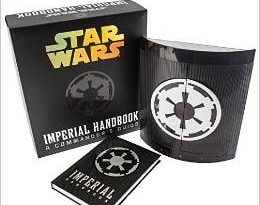 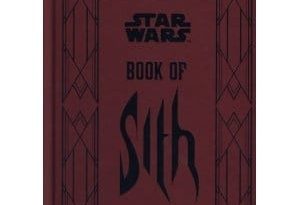 Star Wars: Book Of Sith: Secrets From The Dark Side by Daniel Wallace (book review). 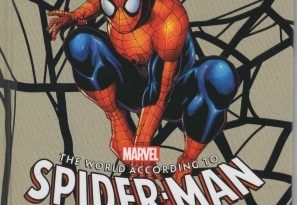 The World According To Spider-Man by Daniel Wallace and Mirco Pierfederici (book review).

The World According To Spider-Man by Daniel Wallace and Mirco Pierfederici (book review).