This is the very exciting first book in a new young adult series by Gail Carriger. Currently, there are a further two books in the series to be published later in 2013 and 2014 called ‘Curtsies & Conspiracies’ and ‘Waistcoats & Weaponry’. Together they will form the new ‘Finishing School’ series to run in the same steampunk setting as her adult series, ‘The Parasol Protectorate’. In ‘Etiquette & Espionage’, we get introduced to 14 year-old Sophronia, a rather precocious young thing who refuses to behave in the proper way as defined by her mother, Mrs Temminnick, and the rest of polite society. Basically, she is a tomboy interested only in climbing things or taking things apart, not very girly at all. Both her mother and her sisters despair of her antics, so her mother decides to send her away to a finishing school, namely Mademoiselle Geraldine’s Finishing Academy for Young Ladies of Quality, in the hopes it will smooth out some of her rough edges. Little does Sophronia’s mother know that this finishing school will be teaching Sophronia how to finish people off! We follow Sophronia and her young friends as they learn the finer arts of being a well-rounded young lady such as how to dance and how to curtsy tidily. They also get taught some much more interesting skills such as how to kill a man, but only in the politest way possible of course.

Firstly, I wish I could go to this floating school of espionage, just as long as I don’t have to look out of the window. It’s like Hogwarts but so much better with all the mechanimals and other steampunk inventions, somehow it makes it all seem much more realistic but slightly fairy tale at the same time. There are some much funnier elements, too, such as the werewolf who ties his top hat on so he’s properly dressed even in wolf form.

Secondly, I have to say I love meeting some of the characters we get to know in ‘The Parasol Protectorate’ books in a much younger or more alive version of themselves. I liked this little link between the two series enough that you come away feeling you’ve met an old friend but not so much that it doesn’t make sense to a new reader. I would say that it doesn’t really matter whether you read ‘The Parasol Protectorate’ first or this series, it would make sense either way around. To be honest, I’ve not seen this way of linking series done as skilfully by any other author. Well done, Gail Carriger!

As with all first books in a series, this does suffer slightly from scene setting at the expense of the actual plot, but this didn’t have too detrimental an effect on the book for me not to enjoy it. I’m hoping that the next book in the series is even better with a stronger plot and some more about Sophronia’s life floating around the moors learning to finish people. I was also not sure whether younger readers would enjoy the highly stylised writing style, I enjoy it but it does take a little while to get used to and I’m not sure that teen-agers would give it that amount of time, maybe I’m wrong though.

This is another series for lovers of Carriger filled with her dry wit, fabulous characters and her own take on the steampunk world, definitely one to put on the to be read pile. 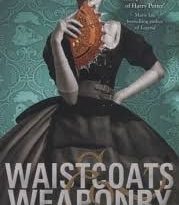 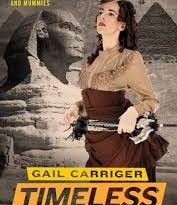 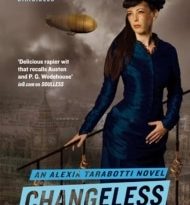