Of all the super-human powers I’ve covered, one that I’ve seemed to overlook is magnetism, although strictly, it’s more electromagnetism as it needs to be super-charged to do what the few possessors do with it. Saying that, the key super-humans who have it, like the mutants Magneto and Polaris in the Marvel Universe, are few and far between.

However, soon as you add the word ‘electro’, you have to extend to electricity and then you have the likes of Electro and various other super-humans who direct an electrically-based charge. In fact, the effects of being zapped, for the want of a better word, by any of these people will feel like a massive electrical shock.

There is no indication from a comic book panel as to how powerful the voltage is, the length of time administered or if it can maintain such a high charge for long, let alone how much their opponents can tolerate before being zapped or going on the attack. 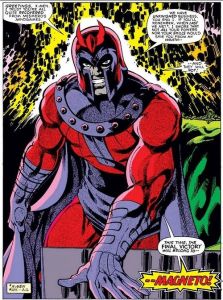 It’s only when I thought more deeply about the nature of this and other energy manipulative powers that it dawned on me that we are actually dealing with telekinesis, specialised in particular energy manipulation and direction. To just dwell on a single aspect use of this ability ignores the rest that belongs to this category. In fact, as a categorisation, there are many who could be collected here so much of this article will be a generalisation.

This then brings up the nature of telekinesis in the Marvel Universe more than the DC Universe, as the former has a more consistent use of energy manipulation innate abilities. They certainly have some powerhouse telekinetics in the shape of Galactus’ heralds and the various incarnations of the Phoenix Force and Uni-Force, showing that the amount of latent energy there that it can became sentient but needs an organic vessel as a conduit.

There needs to be division here. There are power transformer batteries like the Summers brothers and Alison Blaire aka Dazzler taking basic energy, absorbing and acting as capacitor batteries and discharging and transforming it into something else before projecting it. This isn’t quite the same as telekinetic manipulation which is using energy already waiting to be used and will bear some further investigation.

However, when it comes to telekinesis, it is the movement of existing or latent energy with the mind through some conduit which is the same thing. The recipient doesn’t necessarily carry the power within them but manipulates the energy about them. Our opening examples of Magneto and Polaris aren’t actually living magnets, but only manipulate its energy. Granted Magneto’s costume is made of magnetic material but is more constructed to keep together than to be stuck to his body or even enhance his abilities. This isn’t to say this is true of all super-humans.

The difference from the human norm would ensure that it could tune in to specific energies. Considering how many brain frequencies exhibits, there would be few who could take advantage of every energy frequency. It requires some finesse than outright blasting power. The division of powers showed some interesting directions and also explains how some can fly despite their greater mass and not necessarily control of gravitons. Then again, anyone who can fly under their own power is telekinetically manipulating gravitons, so the range is far greater than we think.

Having ambient energy to manipulate isn’t unusual when this Earth is the nexus for various alternative dimensions access points and a variety of latent energies. It is hardly surprising that some people are more sensitive than others to it and only one stage from being able to manipulate it themselves. Indeed, the number of people who have accidentally gained this telekinetic ability is almost on par with the number of mutants with the ability, suggesting this it is latent in many humans, needing some external stimulus to bring it out.

How telekinesis itself works is still open to speculation. Even with the latent ability, it still needs a mind to guide and control its manipulation. As such, the focus in more on a collective than individual super-powers. The fact that it can be seen as a collective super-power than a few with similar abilities makes for a more consistent logic than for people to have a variety of sources. The divisions into various areas of the electromagnetic spectrum shows an entire evolutionary resource going on from outright power houses to finer manipulation.

We invariably see the top scale of these abilities but I suspect that there are more people out there with minor skills. The most significant change for the non-mutants, is an accident that expands their abilities. Whether it changes them to being ultra-protective or more villainous would be hard to say as it probably depends on individual personality. If you were such a person, think what your first acts would be and would you be consistent with that behaviour?

One thing most have in common is the dramatic hand or finger gesturing when using their abilities. When you consider users rarely are attacked by their own super-abilities, one has to consider whether they are immune or they can only direct the energies they control in a consistent direction. There is really nothing special about their fingertips but it does present a single or focal point to project their particular talent. Think like the tip of the acetylene torch. All the heat is there but only at a single point. Spreading it out any further would disperse the energy too much.

Picking out examples of the range of energy manipulation is a lot harder or the more unusual ones. It certainly makes for some odd connections or energy resouces. Laynia Petrovna aka Darkstar manipulated darkforce energy but not quite in the same manner as Tyrone Johnson aka Cloak who manifests it as a venting port onto Marvel Earth. 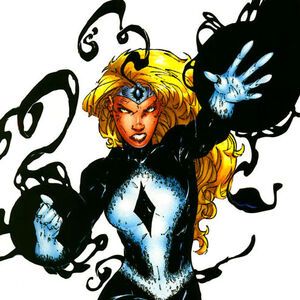 If anything, it’s more surprising that other inter-dimensional forces aren’t available, although when you consider Dormammu and Umar of the Faltine rule the energies of the Dark Dimension, such energy manipulation is not restricted to the human race. If anything, Dormammu is a demonstration of someone who it totally engulfed by the energies they manipulate, showing god-like abilities comes at a price. There is a very grey area between what is telekinetic manipulation of energy and what is magic. The fact that the likes of Doctor Stephen Strange could be trained to draw on some power shows a lot more is going on. In many respects, Strange could just be a latent telekinetic. 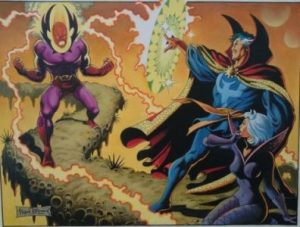 In that respect, mankind has barely entered the ascension of such abilities but has drawn the attention of alien races like the Kree, Skrulls and Shi-Ar to observe this. The fact that the Kree wanted to manipulate Homo Neanderthalensis with Terrigan Mist to draw out these super-human abilities for their own wars should be concerning.

This doesn’t mean that the effects of their power doesn’t have an effect on the body itself. Certain cellular differences can induce super-human stamina, endurance and strength. Probably amongst the most radical is Remy LeBeau aka Gambit who can turn potential energy to kinetic energy with whatever object he throws and has a body also adapted to his ability. 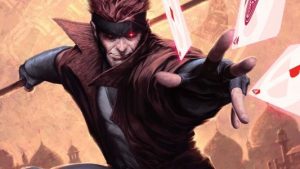 Considering the number of energy manipulating telekinetics there are in the Marvel Universe, the distribution is more to the electrical side than magnetic. With the latter, the manipulation of magnetic energy is a more finite power, dependent on planetary mass. In fact, the vulnerability of all energy kinetics is a lack of energy to call upon. Whether they can call upon other latent energy remains to be seen.

Any vulnerabilities depends on the strength of the mind and fatigue. It would explain why some skirmishes and battles are brief, requiring time to recover and assess where they went wrong. This tends to demonstrate that such abilities have their limitations and are seen as a finale to some grand plan than continually use them at their maximum usage.

I like to know where my work turns up.