Musk explains how the revolutionary new technologies he’s developing, such as Tesla’s intelligent humanoid robot Optimus, SpaceX’s otherworldly Starship, and Neuralink’s brain-machine interfaces, could help humanity extend its lifespan and create a world where goods and services are abundant and accessible to all.

It’s an enticing image of the future that’s worth getting excited about.

Well, let’s imagine a world where technology has advanced to where we have intelligent humanoid robots like Tesla’s Optimus, interstellar travel via SpaceX’s Starship, and brain-machine interfaces like Neuralink’s. In this world, humanity has extended its lifespan through advanced medical treatments and robotic help with daily tasks.

Optimus, the intelligent humanoid robot, acts as a personal assistant and caretaker for the elderly, helping them with everything from bathing and dressing to managing their medication. With Optimus’ help, the elderly can live independently for longer, and with increased mobility and cognitive function.

Meanwhile, the Starship enables humanity to travel to other planets, where we can establish colonies and expand our resources. This not only helps to reduce overpopulation on Earth but also provides a backup plan for the continuation of humanity should something catastrophic happen on our home planet.

Finally, Neuralink’s brain-machine interfaces allow people to connect their minds directly to the internet, giving them instant access to information and allowing them to communicate telepathically with others who have the same interfaces. This technology also allows people to control robotic prosthetics with their minds, giving those with disabilities greater independence and mobility.

With these technologies, the world becomes a place where goods and services are abundant and accessible to all. Hunger and poverty are eliminated as robots like Optimus help to grow and distribute food, and interstellar trade becomes commonplace. People can live longer, healthier lives, and we can explore and expand beyond the bounds of our planet.

It’s a pretty funny concept of a futuristic world in which all the above mentioned technology can have an impact in the way we live, however it’s important to note that this scenario is not possible soon, and although some of the technology may exist in some form, it is still far from the scenario described above. 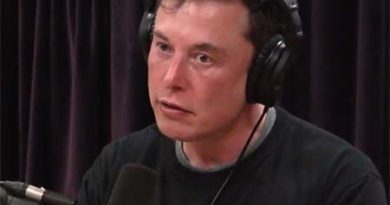 To the Moon and back with SpaceX (for a price).