Editorials are often odd beasts to write. If I want to be topical, then I really have to wait until the last minute or at least the last few days and hope that there is a suitable subject that has a connection with our genre that I can opine about and ensure its up-to-date to current changes. Sometimes, that can involve removing something in situ when a better topic turns up. That’s happened a few times in the past year.

Other times, I might look in my editorial idea file or even have a topic I can write up that I feel energetic about.

A lot of the time, preparation is everything. Even so, I doubt if you can tell how much time is spent on any one piece before it gets to the editing/polishing stage. That would be the same for anyone as all we see is the end product and very rarely the preparation leading up to it.

Well, that’s not strictly so anymore. From the various books and magazines I review, with art, we get to see a lot of the preliminary designs and sketches that we wouldn’t have seen decades ago. Artists are clearly showing that they just sit at a canvas and in a few hours they have a painting finished. If they are working as cover artists, they have to present several strong design ideas and can almost bet that the one chosen will be the one they like least. 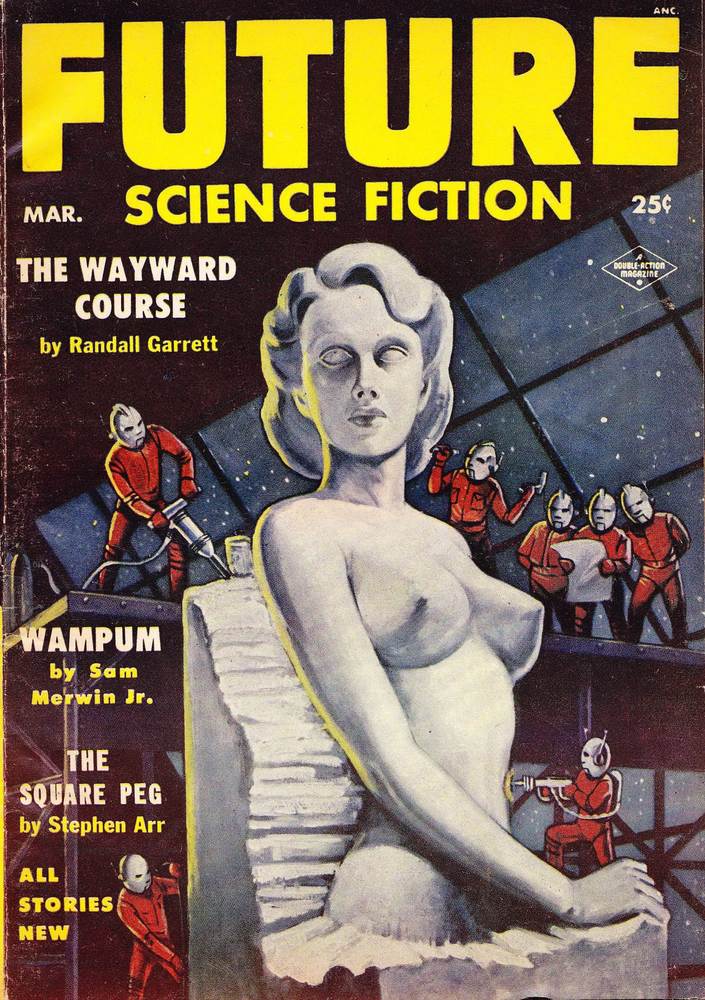 With writing, things are a lot different. Do you really want to read the earlier drafts where things are still in flux? The preliminary idea can be anything from a few lines to a few paragraphs. Expanding is more the addressing the various ideas to the core idea, sorting out the logic and order and then writing readable copy. Sometimes, some of these things can be circumnavigated depending on how strong the idea is carried in the head. Whether that’s true of every writer is debatable. We all employ different methods for completion. The written copy isn’t just suddenly there.

At some point, I’m working in percentages. If I think a piece is at least 90% finish, it’s just a couple days polish before it goes on-line and I can step back and look at it anew. Like a lot of creatives, no work is truly finished, just acceptable to be seen by a wider audience. There is always a knife-edge where too much work can destroy the spark that made it a good subject or dull its edge. Perfection is something to aim for but never to achieve.

Even so, all you really see is the end product, not the work that leads up to it. Seeing dismissed ideas doesn’t really help. With writing, it likes laying your creativity on the table. Unlike artists, you might like an idea that is dismissed but it’s not you writing the article. You wouldn’t really see why a writer dismisses an idea for all manner of reasons. Likewise, an idea does not become intellectual property that can be copyrighted until it becomes a complete piece. Hence, you rarely see any writer’s work in progress.

I seem to have got designated and a reputation as a heavy thinker but that’s my normal process as I work at different levels. I also tend to be even-handed by looking at the pros and cons equally in articles before drawing a conclusion. I’m not driven by bias thinking, just strong consideration to be fait. If you learn anything from my writing you learn that as it stops making judgements without all the facts.

The same also applies to a learning curve as I learn new things. With several books I’ve reviewed in the past year, the same subject of crowd manipulation has come up repeatedly showing how easy it is to convince people black is white, simply by repetition. The fact that people can be swayed so easily is worrying because it tends to indicate some form of weak-mindedness that can be manipulated.

More so by political leaders with their own people that you have to wonder just who is the enemy? If you’re not aware of your own suggestibility, the simplest solution is not to rush into any decision. The world isn’t just advert manipulation. Spend time thinking about what you really want. Do you really want me to sell you a few square feet of real estate on the Moon?

I tend to find crowds chaotic, more so when they don’t have leadership. However, when the leadership is out to be manipulative for its own ends rather than common good, then it becomes a dangerous agency. See the previous paragraph. Oh, you remember reading it.

We like to think of the world as being something we can’t change but as the Internet had spread its tentacles, it’s increasingly gotten smaller as we see global problems close-up. There are a lot of fractures, especially when it comes to environmental issues and global warming. It is also tends to make many people think there are instant fixes for everything when, really, there isn’t. We can put clay in the holes but just as it took decades to get into this mess, it will take as much time to get out of it. As such, we need to encourage the next generations to keep a similar fire burning in their souls and knowledge is power in making the right decisions and become mere puppets to their suggestion.

Leaving it to a few people in power, whether it’s business or political without being answerable for their actions is positively disastrous because old mistakes will continually be made. Remember that point about how easily it is to be manipulated. You did read that paragraph thrice back, didn’t you? Just keeping count.

To be shouted down without rationalised explanation has to change. We should all be allowed to see the rationals for the choices given, and not just see the end result. That even includes writing, as long as it’s in the text. Showing how you came to those conclusions should be the persuasive element as equally as showing where information is faulty. How you can tell the difference depends on how you look at the information and how willing you are to trust it.

Scepticism has its uses but needs to be looked at with practicability and look at all the possibilities, especially for the inner truth. Actions always speak louder with words. To not have an opinion of your own is far scarier, even if it is wrong. Then you’re reading me, which is appreciated, but I only act as a guide and arbiter showing options. The geek way is to have your own way to do things. If it can be used to work for the common good then we rise beyond mob mentality and that can’t be a bad thing.

Somewhere out of all of the above, there is an editorial bringing together odd thoughts into a collective whole. To not think about what you read and just take everything at face value is to lose your own ability to make decisions. If that’s heavy thinking, then we really need more of that in the world.

Thank you, take care, good night and never neglecting thinking and learning. Welcome to inside my head.

A Zen thought: Empaths know how you feel.

What Qualities Does A Geek Have: Bloody-mindedness does have its uses.

Observation: It might just be my artist eyes distinguishing colours better but I do have to wonder if there are any genuine green-eyed humans because I always see them as a shade of grey. It isn’t though I can’t see green-eyed animals.

Observation: Depending on whether you let your computer do automatic updates, there are always times when you want to do a manual check, especially with things like back-up computers which you don’t leave on all the time. With W10, don’t accept the first answer saying there are none when you know your main computer has just done a major update. The second time will find them.

Observation: I’m not sure if this applies or works for all laptops but if when wake your computer from a closed lid W10 sleep mode, that you get wavy lines on the screen, don’t do a reboot. Just close the lid and open it again and things should return to normal screen. No idea why it happens but it saves a lot of problems. At least no one is given to hitting a computer. That’s just abuse.

Feeling Stressed: Stress keeps your head spinning around. Good thing it’s on a neck or your head would figuratively be rolling on the floor.