Roll for initiative, adventurers, because the latest fantasy film to hit the silver screen is almost here! Dungeons & Dragons: Honor Among Thieves is an upcoming action comedy film based on the beloved tabletop role-playing game, and it’s set to premiere at South by Southwest on March 10th, 2023.

The plot of the film centers on a group of thieves who travel to a realm to stop a great evil from enslaving the world. It’s set in the Forgotten Realms campaign setting and has no connections to the film trilogy released between 2000 and 2012.

The production of the film has had a long and winding journey, starting with Warner Bros. Pictures in 2013, before moving to Paramount Pictures, with various writers and directors attached at different stages. But finally, Goldstein and Daley were the last writers and directors, using elements from the previous attempt by director Chris McKay and screenwriter Michael Gilio. Filming began in April 2021 in Iceland and later Northern Ireland.

Dungeons & Dragons: Honor Among Thieves will be a must-see film for fans of fantasy and action-adventure genres and also for the D&D fans, it’s a perfect blend of fantasy and comedy, and with a talented cast and crew, it will be a hit. So, grab your d20, sharpen your sword, and get ready for an epic journey, because they will release this film in the United States on March 31st, 2023 via Paramount. 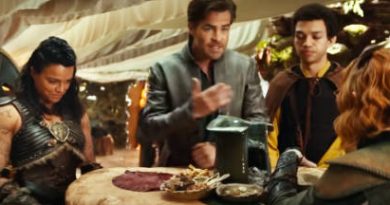