‘Cry Wolf’ is book one in ‘The Alpha And Omega Series’ by Patrician Briggs. This series is set in the same world as the ‘Mercy Thompson Series’. 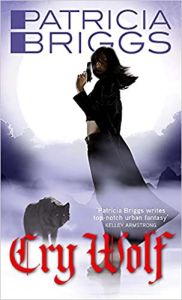 Anna has not had the best start to her life as a werewolf. She was turned in a horrific and selfish fashion and has been treated poorly since then. Luckily, Charles is sent by his father Bran to take on Anna’s Alpha and he’s able to rescue her. Unfortunately, during the fight Charles is injured and then has to take on the hunt for a rogue werewolf up in the snowy mountains around his pack home. Anna has to step up and help Charles take on this rogue wolf along with some far more dangerous characters so it’s quite the trial by fire for this new couple.

This book focuses a lot on Anna and her past with a very abusive pack. Her start as a werewolf was very traumatic and so she feels quite intimidated by any werewolves. This book shows her starting to come to terms with her bad start and how she has some interesting powers of her own as an omega wolf. Basically, an omega wolf is one that doesn’t have to follow the regular pack order and is able to calm wolves down with their presence or with a touch. Until now, Anna has considered herself a submissive wolf and has been abused by her pack. So knowing she has this kind of power is a bit of s shock to her. It’s interesting to see how she starts to adjust to this new place she has in her new pack.

It’s also interesting to see Anna and Charles and their blooming romance. Charles is also an interesting werewolf as he was born one, not created by another werewolf. He is the only known person like this and so he has some powers that others do not. He’s also Bran’s enforcer so he’s not someone you’d want to meet in a dark alley if he was hunting you. He scares all other werewolves, which is the point of him.

I’ve said this before and I’ll say it again Patricia Briggs is fantastic at creating fully drawn characters, even those who have very little to do in the book. However, I do wish that she would bring more Welsh into these books when she’s using Bran as a character. Bran has a strong Welsh past but rarely seems to use the Welsh language or culture at all. Briggs uses Latin often her books but never really Welsh which makes me sad.

This series of books runs alongside and sometimes overlaps with the ‘Mercy Thompson Series’, so you can either read it as two standalones or as one larger series. There are websites out there that explain the way to read it as one longer series. I’ve been reading them as separate series and have enjoyed coming across some of the cross over characters as they crop up. Both these series are ones I’d recommend for sure! 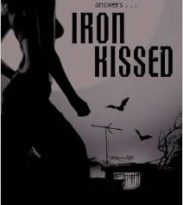 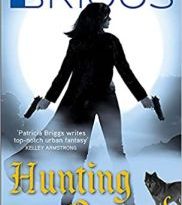 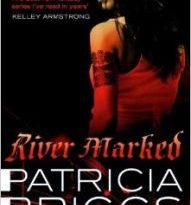