The latest edition of ‘Comic Book Creator’ is stacked with interviews. The first is an interview with Peruvian artist Pablo Marcos, who moved to America in search of work and to feed his family and worked for several comicbook publishers and most known for working on the Zombie Simon Garth for Marvel. 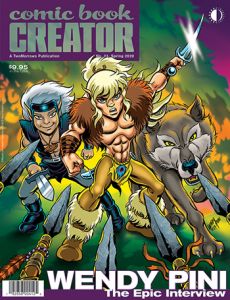 The second part of the Craig Yoe interview was truly enlightening as he moved from being a Christian hippie to agnostic hippie but brought his design and ideas to Jim Henson and even a Disney subsidiary with ‘The Art Of Mickey Mouse: Artists Interpret the World’s Favourite Mouse’ (1993), having various people, including Jack Kirby, bring their distinctive style to things. Although it would be a lot harder to find his influence in the UK, for those of you Stateside, the number of children’s games and toys, including the Cabbage Pail Kids’, he was involved should make your jaw drop. Truly a force to be reckoned with in a laidback fashion.

Inker and writer Jimmy Palmiotti is interviewed about his career and daily routine.

The interview with Larry Koster about his childhood friendship with Eli Katz who became Gil Kane and one-time business partner by Jon B. Cooke would make you wonder how the friendship would last a lifetime. Even Koster admitted Kane was a taker than a giver and lost money to him because of it.

Of course, based on the cover, the biggest part of this issue is a 30 page interview with Wendy Pini, so make sure you give yourself at least ninety minutes to read it straight through. She talks about her early life and development although, oddly, not so much about ‘Elfquest’ other than it being a family-based set of characters. I’d never thought of the Inhumans royal family at having a fantasy base.

It’s well-known that I don’t really get on well with fantasy stories but from a world-building point of view, ‘Elfquest’ does have things in common with SF and I do have the original 4 volumes in my collection. Wendy and her husband, Richard, are very endearing and Jon Cooke really makes a good connection here and gives a lot of insights.

To end the issue, Cooke interviews Richard Pini about his own work as publisher and little in the way of template when building their early issues.

Of course, if you haven’t read ‘Elfquest’, then it’s worth seeking out. Wendy Pini’s art for it is rather stylised and I can recognise some of her animation interest in line technique. The interviews here certainly make for an interesting companion piece about the couple. 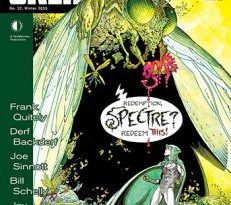 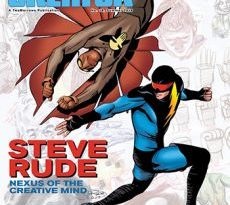 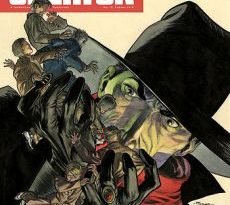