‘Comic Book Creator’ is the replacement title for ‘Comic Book Artist’, that lasted two years. Although not stated, the implication within this edition that the comicbook artist, especially those who use the Marvel method, contribute greatly to the storytelling so calling it ‘creator’ covers those who can do both and covers some aspect of writing as well. As with all TwoMorrow magazines, there is a wealth of information and interviews. The cover story looks at the life of Jack Kirby before focusing on how little he was truly paid considering how much Marvel benefited from his work in creating their universe. In that respect, I tend to think both Marvel and DC are demonstrations of American corporations in action and the workers rarely get what they deserve unless they climb up the corporate ladder. Considering that most of their jobs rely on these comicbook creators, it seems churlish that they keep things to the letter of the contract and don’t want to change things in case the corporate chain falls apart because they could pay better. Some creators do climb the corporate ladder but rarely stay the pace mostly because the bond to creativity is stronger unless they get burnt out doing so. Certainly, this article alone will make you wonder on the work-for-hire contracts the major two use, even today, and the loss of rights to any characters you create for them. It’s a shame no one has ever thought of a ‘characters-for-hire’ contract so other people can use them but the original creator gets a stipend for it from the company itself.

Let’s pick out the other highlights. The examination of the late artist/writer Frank Robbins shows how much he saw what he did as just a job he did. What impressed me more is seeing some of his real life paintings which showed his real skill.

There are also interviews with Alex Ross, Todd McFarlane and Kurt Busiek. The Dennis O’Neil and Neal Adams interview is from a 2012 special benefit for families living with HIV/aids. All are candid on a number of issues and despite the difference in decades, common denominators of rights still exist. Added to that is a lot of sample art to back it up.

Although I haven’t seen its predecessor, if you want to get in on the ground floor of a new TwoMorrows publication, then step right up because with an Alex Ross cover, it’s sure to sell out. Oh, I should also point out that the digital version has twenty more pages than the paper version. 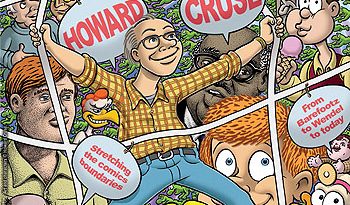 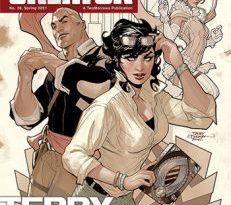 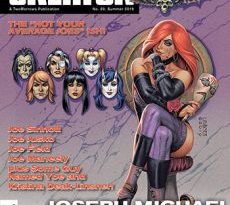