Here’s the trailer for Marvel’s Cloak and Dagger TV series, based on the comic strip of the same name.

Marvel’s Cloak & Dagger is the story of Tandy Bowen (Olivia Holt) and Tyrone Johnson (Aubrey Joseph)—two teenagers from very different backgrounds, who find themselves burdened and awakened to newly acquired superpowers which are mysteriously linked to one another. Tandy can emit light daggers and Tyrone has the ability to engulf others in darkness. They quickly learn they are better together than apart, but their feelings for each other make their already complicated world even more challenging.

It’s coming to something called Freeform in 2018. What’s that, then? Netflix wouldn’t buy it?

I remember when these two first featured in Moon Knight before launching in their own strip. That makes me very old! The two bods in the trailer. however, look a little teen-friendly and youngling, compared to the dead tree version, IMHO. 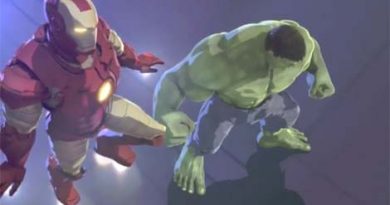